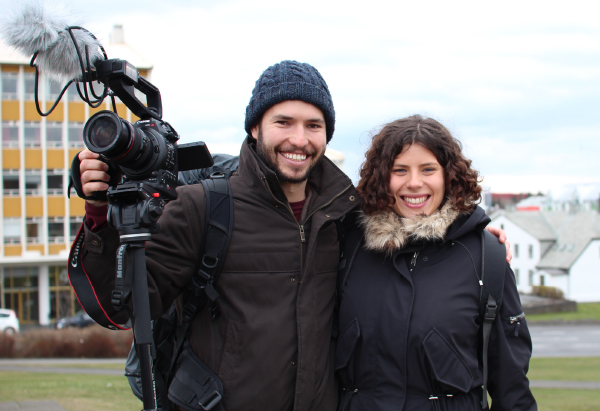 When Epiphany Morgan came up with the idea to travel around the world, with her partner Carl Mason, and make a mini documentary each day for a whole year about a stranger on the street, it didn’t take long for these Sydney filmmakers to put their plan in motion and see their dream take flight.

What was your purpose and motivation in taking on such a project?

E: We had been wanting to do a film project together for a while and wanted to combine that with our love for travel. When I came up with the idea, it didn’t take long for Carl to jump on board.
C: We wanted to also get the message across that across the board, no matter where you live, we’re all similar, we’re all searching for the same things.

When you set foot on the first plane ride, could you believe you were actually doing it?
E: By the time we got on the plane, we only had 3 months of funding and had been planning the trip for 7 months. It was the first time we really had the chance to just sit. I think I was a bit in shock and I was so excited.
C: I think we didn’t really know what we were in for or what to expect. Thinking back to the plane ride, which seems so long ago now, I think we underestimated the year ahead.

So why did you feel it was important to tell the story of strangers you met on the street?
E: It was important to us to show that it doesn’t matter who you are or where you’ve come from, we all share so many things in common. Wanting to be loved. To belong. Everyone is searching for these things.

So had anyone found what they were searching for?
C: We did speak to a Rabbi who was very content with his life. It was funny because he was talking about how everything was good in his life. But he was afraid of losing it. Most people were happy with simplicity. People were mostly on a journey to happiness.

Did you find that people were open and grateful for the opportunity to tell their story?
E: We had so many different responses – it was 50/50 really. We did have a lot of people saying no. Like girls for instance, saying they had no makeup on. But in general most people were open and willing to tell their story. We were really attracted to people doing interesting things.

C: When we first started we were just approaching people on the street but that’s a little more difficult in places like Asia and the Middle East. So we would find out about who someone was and try to get an interview organised with them for safety reasons. We tried to keep it very spontaneous and to get people to be truthful. More of a conversation than an interview.

So, how did your relationship fare under, I imagine, pretty trying circumstances at times?
C: We found it definitely enriched our relationship. We’re a heated couple at the best of times. We would have a day where we might fight but we learnt to recover quickly from it, because we had to. We were all each other had.

Did you lose vision/motivation at all? What kept you going?
E: We basically had no choice but to keep going. If we even missed one day, that was the whole project gone.
C: And it was so important to have each other. We kind of took turns talking each other down if the other was having a bad day. We had in our mind always that we wanted to honour the vision.

Any encounter that sticks out the most?
E: A man in Cambodia. His father and brothers were killed by the Khmer Rouge. Cambodia has a peace policy, which is basically that Cambodians will vow to live in peace and not seek revenge for the atrocities of the Khmer Rouge. Part of the agreement meant that this man had a Khmer Rouge soldier living in his backyard. He found it very difficult but, like most Cambodians we came across, he was wanting honour the agreement of peace.

So, would you do it all again?
C: Haha, we were just talking about that. On the way home from the year long journey, it was like never again. But now, I think we definitely would. We don’t want to stop storytelling. We’re currently making a film a week in Australia and are trying to get other filmmakers from around the world on board to start making docobites. 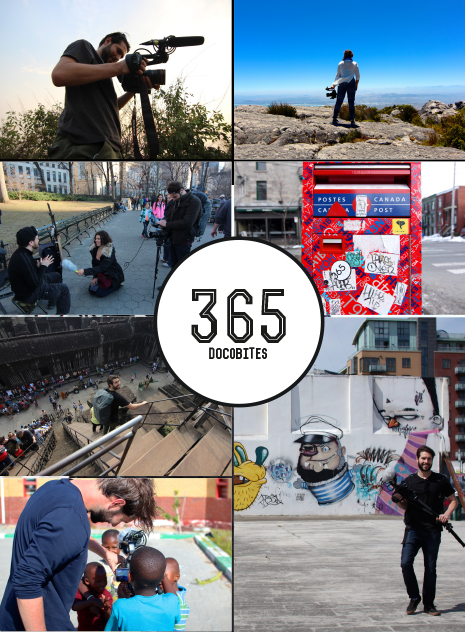