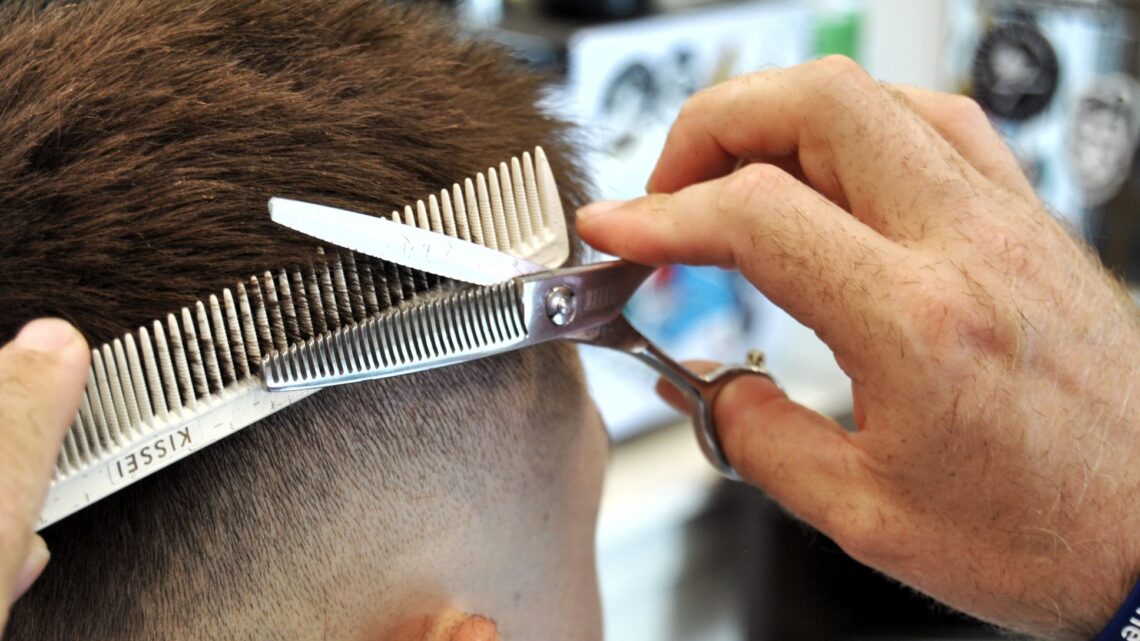 When we first arrived in Brisbane, we wanted to showcase the versatility of our range scissors and thinners. We had a few models which really made an impression amongst the barbers but in particular, the CXS thinning scissors has been exceptional . If you enjoy being able to explore the way the scissors can be used, creating different textures and removing varying degrees of hair, then this might be the one.

Our Brisbane representative Ross, from Scissors and Supply Co, paid a visit to one of our early Osaka Scissors adopters Tom Davis, Director and Senior Barber at Tommy Two Blades to understand how he personally uses the CXS thinners.

Tom has been impressed with the traditional handle configuration. “I’ve been enjoying the fact that there’s essentially two thinning scissors in one. I can take big chunks and lots of weight out with one stroke and then flip them over to use for lighter thinning.”

Tom has also adopted a great technique of using the tips of his thinning scissors during the final stages of his fades to help blend out shadows.

What is also a great feature is the majority of our thinning scissors have been designed to have curved teeth as opposed to straight teeth, eliminating the friction you often feel with thinning out hair. For the CXS, each curved teeth also comprises of three micro teeth which allows for a more even spread and smoother cut of hair.

Next post Ways of working and collaborating with employees