Reunion of the clippers 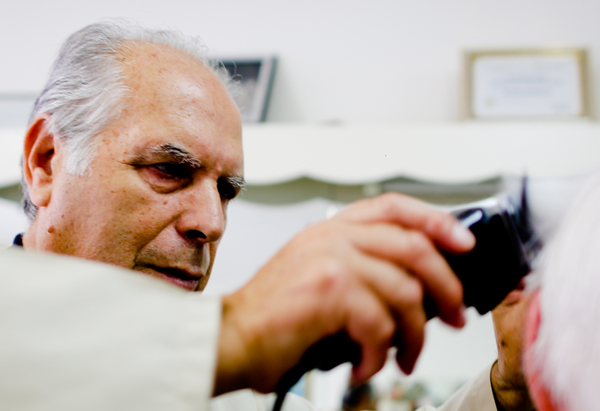 The emotions were running high as James holder (Jimbo the Barber) stepped off his Virgin flight in to Tullamarine, Melbourne. It was a strange mix of two feelings. One, Jimbo hates flying and his sweaty hands proved this. Two it was also the excitement of returning to his hometown of Werribee, where he was inspired to become a Barber.

Jimbo is the editor of The Cutthroat Journal and also a successful barber in the coastal town of Port Macquarie. He moved away from Werribee 16 years ago.

The mission was to go back and visit Vic Sammitino, a first generation Sicilian barber in Werribee, just South of Melbourne. This is where Jimbo got his first childhood trim. We were also looking to find the secret vibe or feeing behind that old time barber style culture and why certain elements are so important to the modern day barbershop success. A feeling is very hard to replicate but if you know the triggers, you might solve the mystery.

We knew this would be a special occasion so we organised our media friends Dean and Paul from Gold Leaf Creative to come and film the meeting. Jimbo knew the business was still there in downtown Werribee but did not know if the original owners were still cutting away. It was well over 20 years since Jimbo had climbed into the old cast chair. He loved the whole experience as a young lad, from the cut to the possibility of getting a glimpse at Vic’s famous magazine collection.

We took the quick ride from the airport into Station Place Werribee. To Jimbo’s delight, there still stood the old Vic Samitino Barber shop in all its original glory. The shop was established in the 1960’s and  has had little or no changes to its design and layout since that time. The other surprise? Vic was still there behind the chair, dressed immaculately in his traditional barber whites. He also was in the company of another old Greek mate who has been cutting with him for the last 40 years.

We had come unannounced for the surprise element, which also got the emotions pumping for Jimbo and Vic when the two were reunited. It was an early weekday morning so there were no customers around at the time. It took a few minutes to explain to the two old barbers what all the fuss was about and why were we dragging a film crew of four blokes into the shop.  They were pretty stoked when they realised they were an important link in a major career change for Jimbo.

After a few minutes of hugs, handshakes and backslaps Jimbo was loaded into the barbers chair and Vic had the clippers out, going full throttle into a trim. While the barber boys chatted, the rest of us checked out this barbering time vault. Nothing had really been changed since the 1960’s. It had the same fitout, which was pretty unique for its day and would have been a very expensive design. There was a ton of cool laminate that the new retro furniture lovers would be drooling over for their collections. The shop was clinically clean which was a big part of the old school barbers way of training. Apparently in the 1960’s they were all subject to spot checks by a large force of barber inspectors. The inspectors were not only looking at clean stores and practices, they were hunting down unlicensed barbers. Up on the walls of this old shop were the original barber licenses still sitting proudly in their gilded frames. Vic told us he had to lie about his true age as he was only 16 and had to be 18 to get a license. He had been cutting hair back in Italy since he was a boy and he had a custom made box he would stand on as a child in his dads shop.

Jimbo looked every bit the man when Vic completed the haircut and finished the job with a spray of his special mix of barbers cologne that reminded Jimbo of his childhood visits here.

We all agreed that the Vic’s Barbershop visit taught us about tradition and should be cherished. Experiences like this need to be recorded so this learning can be passed on to the next generation of young barbers. The true success of the old barber was through creating real mateships between barbers and their clients. It was not about the dollars in those old days, it was about delivering a quality experience and keeping that regular customer excited about coming back again. Having experienced the old barbershop in my childhood, things that stood out to me were being a boy in the company of older men, it made me feel like I was also a grownup, that was a  great feeling. Especially in the early 1970’s when men did not really show or express emotion easily around each other. The barbershop was a zone where they could say and do things they would not say or do in their homes or in the workplace. This mateship and customer bonding is one of the key factors young barbers need to keep on embracing and teaching the generations. I am sure Jimbo will take some of this experiences back to his shop and continue these lost practices into the future generations of his business.