The History of The Beard 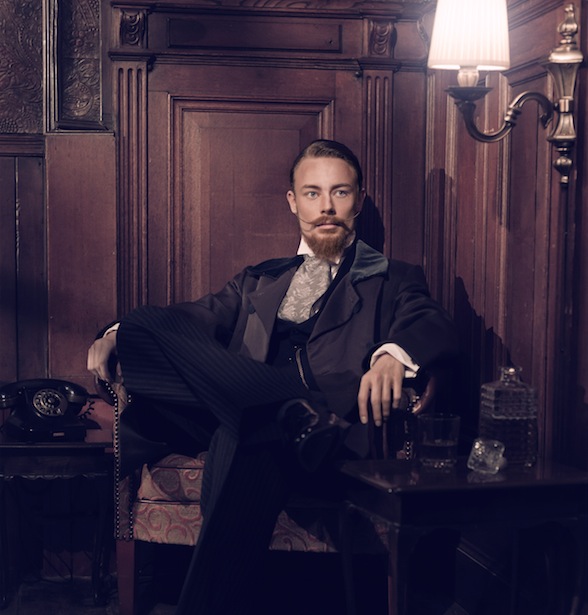 2014 and the beard is definitely back. Yes, the beard is back. It seems like everywhere you look these days, the era of the clean shaven man is well and truly over.

The new beard fad has taken the world by storm, from Brooklyn, NYC to Melbourne, Australia. Proctor & Gamble have actually lost an average of 12% earnings over the last few quarters, this they blame largely on the lack of men shaving.

Where have all these beards come from? Beards have been around since the dawn of man, seen as symbols of masculinity, power and wealth, through to shame and dishonour.

Scientists believe that prehistoric men grew beards as a survival mechanism to keep them warm, it cushioned or protected them from blows to the face during a fight and was a form of intimidation as it accentuated the jawline.

From 3000 – 1580 BC, high ranking Ancient Egyptians, like Pharaohs, grew beards on their chins, even adopting a false metal beard over the top as a sign of sovereignty. In ancient Greece, beards were a sign of honour. It was also a polite custom to touch the beard of the person you were talking to. The ancient Greeks took meticulous care and attention of their beards, by oiling and dressing their beards daily and using tools such as tongs to create curls in their beards in elaborate styles. A beard without a moustache was a popular style during this period, however the full beard was still the most common style of the time.

At the start of the Roman empire, beards were a common sight. The first barber was bought to Rome around 299BC and introduced the art of shaving. As a result, a clean shaven face became a symbol of being Roman.

Around 340 BC, Alexander the Great imposed the rule that his entire army must be clean shaven. This was to prevent enemy soldiers grabbing their beards, giving Alexander’s army an advantage during combat.

The Middle Ages bought the beard back to the limelight, with Kings and Knights growing their beard to display their virility and honour, much the same as their Ancient Greek counterparts. To touch another mans beard was a serious offence and as a result you could be challenged to a duel to settle the matter.

The 16th century bought the popularity of new beard styles such as the spade beard, square cut beard and forked beard. In the 17th century beards fell out of fashion and countries such as Russia, introduced taxes on beards to discourage them.

In the mid 1800’s beards had another resurgence, lead by the upper class and influential leaders of that period. Colonial Australia was rife with beards also, probably the most famous being Bushranger, Ned Kelly. In the USA, beards became popular when Lincoln was elected and was the first president to have a beard. All but two presidents after Lincoln had beards or some form of facial hair for the next 50 years.

The 20th Century marked the decline in beard popularity. In the midst of the great depression and the introduction of the Gillette safety razor and their mass marketing of the new ‘clean shaven style’, very few men grew beards. Those that did were often poor or homeless men whose beards were unkempt and dirty (an association we still have at present). In the 60’s and 70’s the beard returned once again, this time through hippies and the Vietnam Veterans. Beard maintenance and grooming was not very prominent during this period due to the traditional grooming methods being forgotten during the early 1900’s. The clean shaven look killed off the Beard again during the 80’s and 90’s.

It’s 2014 and the beard is definitely back. The barber culture is booming. The resurgence of male grooming and male grooming products have all contributed to create the modern beard culture we see today. Tradies, business professionals, politicians and hipsters alike are all rocking well maintained beards. If history is anything to go by, the beard is here to stay, at least for a little while anyway.