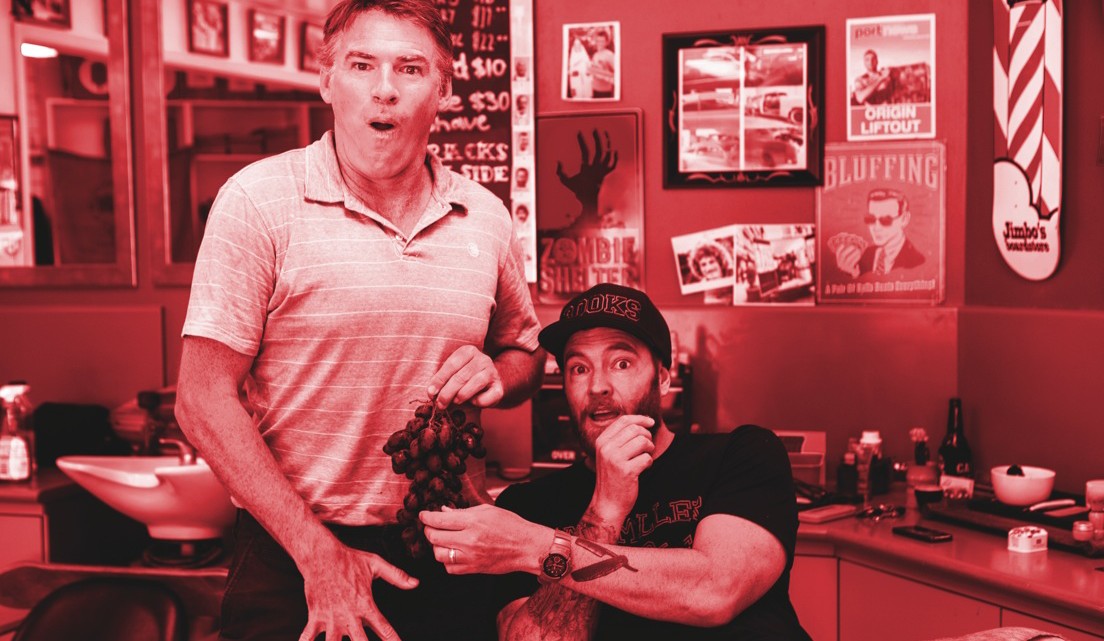 Rob Oakeshott was the Federal MP for the electorate of Lyne in NSW from 2008-2013.  This is a short story about his respect for his local barber.

When in the middle of the political game for three years, I got attacked pretty hard. Some of it bought on myself, and some of it orchestrated to whip up dissent against me, and everything I stood for.  It was a rough and tumble time.

Few, even the closest of friends, were willing to jump into the fire, to defend some of the outrageous slander and abuse, or to even correct the record.  Many a story was reported back to me of good friends choosing to sit quietly in board meetings while some know it all ranted on about what a know it all I was. It was a difficult time for many.

But one who did step in and fight for me was my barber.  He is someone I have known a long time, ever since he set up a single chair in a four by four metre box that he had made in a surf shop corner to help the owner pay the rent, and to minimise his. I couldn’t possibly walk past such a set up each day without giving him the occasional charity of $15 for a ten minute trim.

Now, to his credit, he’s a big time Charlie – running four chairs from his own premises. He can afford to laugh about his bizarre phonecall to radiohead, Ray Hadley.

Now Ray Hadley had smoke coming out his nose in his want to end my political career.  He didn’t like that I didn’t play his game – you know the one, where I’m supposed to bow at the altar of talkback religion, like most MP’s. Frankly, I just thought he was King Knob of King Knob radio, and I chose not to feed him.  He bagged me relentlessly for three years because of it.

It got to a point where he would spit venom about anything I touched, and he had somehow got onto my hair. He had convinced himself I was dyeing my hair red, and spent nearly two weeks doing all he could to convince his listeners of the same.  What he was out to prove still remains in doubt, even though, for the record, all the colour on my melon is mine (including the grey!).

But in the heat of this silly follicle battle of the airwaves, from the left corner, jumps in my barber;

Hadley; ‘And on the line now we have Rob Oakeshott’s barber, well, this will be interesting, what have you got to say about ‘red hair dyeing-gate’. He’s definitely dyed his hair hasn’t he – his ego is now officially out of control?

The Barber; ‘Ray, I know Rob Oakeshott, and I know his hair. I cut it. I can give you a scoop – he doesn’t dye it here. You are wrong’

And on and on he went attacking the barber, who was simply trying to shed some light on the truth and to stand up for a client and a mate.

The barber still shakes his head and laughs about it. A tough gig being the town barber. But I still appreciated him trying. And he still cuts my hair.  Who knows, he might even dye it for me one day.

Now, back to my orgy….pass the grapes will you, Ceasar….