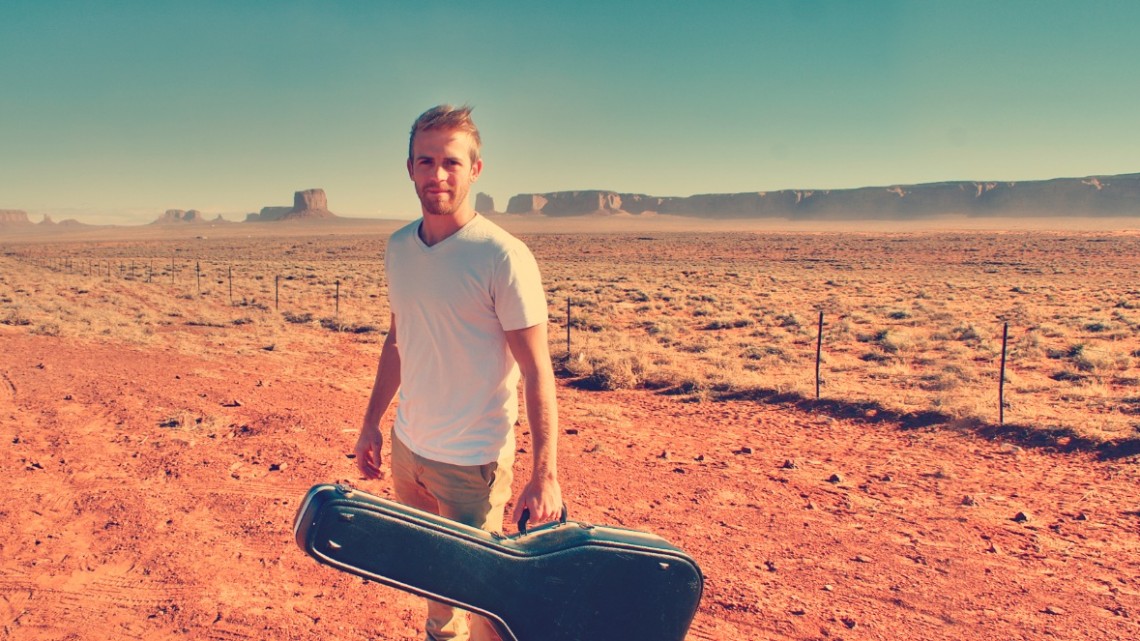 We had a chat with The 2014 Toyota Starmaker winner, Jared Porter,
about his life before and after winning the title in January. Star Maker is Australia’s best known, most successful and most prestigious talent quest for young Australian country music singers.

So Starmaker 2014 winner, what lead you into making the decision to sign up? I had heard along the way that Keith Urban had won the competition and that was the first thing that drew my attention. I then tried to establish myself as an artist a little more before I entered. Then this past October my producer and wife both suggested it was the right time to enter, and well, here I am.

Describe your life since winning? Hectic. Haha no let me rephrase that, awesomely hectic.  It is really nice to be working so much in music now. I have been in and out of the studio spending hours working on the album. I have been out on the road playing shows and festivals and doing lots of songwriting. Most of all, I have been sitting at my computer doing the hard yards to make sure we achieve the best results.

What doors have been opened to you since winning? Prizes etc Well one of the biggest is being invited to go out on the road with Lee Kernaghan. Also, just recently I was invited to play with Morgan Evans as well. These are some of the best opportunities to come about, because they give you more exposure to true fans night after night.

You have a new album due for release in July, what should we expect from this? Have you written any songs on it? Yes I cant wait for it to finally come out! This is my debut album so I am just over the moon about it. It has been like ten years of hard work and tenacity to get to this point. I am not sure that there are too many country albums in Australia with this sound. That fact alone makes me really nervous and excited to see how people respond to it. I wrote 7 of the 12 songs, so I am very happy about that. The others came from Nashville. See review of Jared’s new cd on page 61.

You’re heading to Nashville later in the year, tell us what you’ll be doing there? Yeah I can’t wait. With the prize package they have organized for me to play at the CMA festival on the World Global live concert, which is in down town Nashville. Then I have organized a bunch of writing sessions while I am there. It has worked out for my sister, father and myself to record a family tradition song while we are there. Plus, you cant beat going to four nights of concerts at the LP field stadium to watch some of the biggest acts in country play.

Did you always want to be a singer/muso? Well as my story goes, I was heading towards a future in sports, until I broke my back. However, I remember telling my mom at a really young age that if I could choose anything to be in the world, it would be a singer. With that in mind I guess you could say yes.

Who are your biggest influences musically? That can sometimes be the hardest question to answer. I’ll just give you an overview from a musical perspective, to songwriting, and stylistic direction. The biggest artist over the years would have to be John Mayer, Keith Urban, Rascal Flatts, Gavin Degraw and Switchfoot.

What lead you to country music? The point I realized I loved country music was when I was driving to perform rock music, like Switchfoot, and I was listening to Keith Urban on the way. I love the entire culture that surrounds it. I have always wanted to be a cowboy, ever since I was about…lets just say three. It’s a part of who I am and this music just suits me.

Describe childhood growing up in the US? Well I guess most people would want to hear me say it was like, so different to Australia. In many ways it was. In many ways it was not. I did spend a lot of my time running a muck all over neighbourhoods and friends houses. I grew up in the worlds largest Dairy producing county, so you could say it stunk a little. It also had a lot of problems with gangs and violence. Visalia was a very unique city to live in for that reason, the diversity of the community.

You moved to Australia when you were a teenager. How was that experience? How did you adjust to the change? At the time it was pretty sweet, but it also was very difficult to cope with leaving all of my friends and family behind. Since I was young, I had become used to meeting new people and trying to establish new friends everywhere I went. My mother was a travel nurse when I was twelve. I travelled to L.A. every other weekend from the age of five. For me it was just a little more emotion involved this time, because I had left so many people behind.

What’s been your biggest obstacle in life? How did you overcome it? Myself. If you can overcome your own doubts and fears then you can do anything you put your mind to. They way I overcame it was by believing in myself and believing who God made me to be.

So you mentioned God, were you always a believer? Or tell us of your experience. I was brought up in a Christian home but never really had a relationship with God for myself. It was always just more of a religous act of going to church and memorizing Bible verses, but never real for me. I went off the beaten track for a while and made a lot of silly decisions. The biggest was before we moved to Australia I thought that my life was over. I felt couldn’t take it anymore. I felt like I had no purpose in life. Family situation, friends and personal struggles with depression, led me to try and take my life at fifteen. Obviously I was unsuccessful.  When I moved to Australia my friends invited me to church again. That for me was what I needed. I found the love and acceptance I was looking for in Him, I guess you could say He found me though.

Are you self taught – vocals and guitar? For the most part I am self-taught. My father showed me the basics of playing the guitar and gave me my first guitar, which was his first as well.  There were tips along the way from him but he kind of just sent me on my way. In high school I spent a lot of time studying the songs of my favorite artist’s music and lyrics when I probably should have been studying for maths. I hope it has paid off.

Do you consider yourself glass half full or empty? Most definitely half full. You should always be positive in life no matter what it throws at you.

Motto in life? “Live everyday as if it was your last.” There are no dress rehearsals.

Where do you see yourself in 5 years time, personally/professionally? Well you know, I see myself just as busy, but hopefully with more people around me to help the dreams and goals get bigger and better. I see myself on the road playing shows a lot, touring off of my third album. I am also pretty sure there will be at least one kid with us by then, maybe two. Five years, I would hope to be working on a fourth album as well. A lot can happen in five years though. But hey, goals are just dreams with deadlines.

Where are you based now? Do you have a local barber/hairdresser? Well all my life my mother has cut my hair. Now that I live in Brisbane and mum lives in Orange NSW, I do have one place that I trust. “Mr. Mens” Barber.