The Rise of Catfish and the Bottlemen 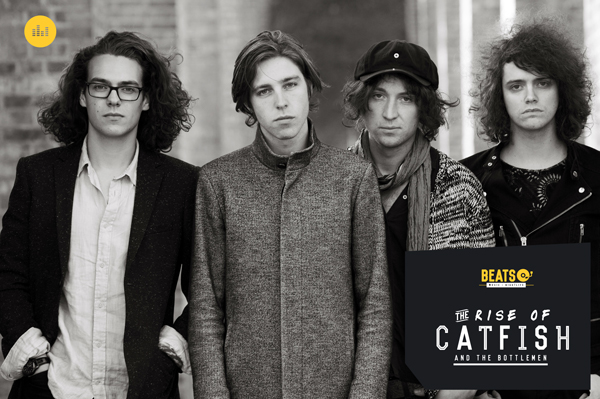 A few months back the opening line of the 1st song from Catfish and The Bottlemen I’d heard were “Larry, call a lot of smoke in, I wanna lose a coupla days, we’ve probably never struggled coping, but I never want to.”This song “7” was my first taste as to what right now in time are the 2 albums “The Ride” and  “The Balcony” that just keep getting played in repeat on my playlist.

Their rise from Pub obscurity has somewhat similar undertones to Oasis, The Stones and even The Beatles with its 4 down to earth musical Welshman . They themselves have a Holy Grail quest to reach the heights of Oasis. If they keep heading in this direction I have no doubt they’ll make it.

The winners of the “Breakthrough Act” at The Brit Awards, do not disappoint live.  At times the 5000 strong sold out crowd in the Hordern Pavilion drowned them out, word for word.

It seems selling 250,000 copies of their album and about to embark on a tour in US have not affected these lads in the slightest. I met the Northern Westerners, as they’ve been called, catching a “fag” break behind a truck before they were to hit the stage. Not one bit of ego between them. Each introducing themselves with a smoke and a puff and not even asking who I was, where I was from or how the hell did I manage to get back here on my own…Oh and “did I need a light?”

They were enjoying Australia and were showing no signs of fatigue although they were tired, they’d played Melbourne Thursday, Splendor Friday, Hordern Sunday and were headed to Wollongong Tues. Posing for selfie they joked as they were ushered away to prepare to take on the awaiting packed crowd. Each said it was nice to meet you and I was given hugs as they casually stepped back into the Pavilion. Van popped his head out and asked “Are you gonna hang around?” trying not to fan girl it, I replied with a cool “yeh, sure”.

Form the driving force in “Oxygen” rhythmic beats in “7” and the raw Christ of “twice” to the acoustic sounds in Heathrow and Glasgow, these guys have nailed it.  Absolute crowd pleasures. What you see is what you get. No deep meaningful gibberish, just a group a talented young lads about to take on the world.

Their self-proclaimed goal to be todays Oasis looks to be within their reach. With the mesmerizing Guitar Solos of Johnny Bond, thumping Bass riffs of Benji Blakeway, solid backbone drumming by “Sideshow” Bob Hall and the crowd pleasing charisma that is Van McCaan, this Talented Foursome will rise to the occasion.
For Q & A’s contact Kylie on
kylie@thecutthroatjournal.com
Kylie van Acker