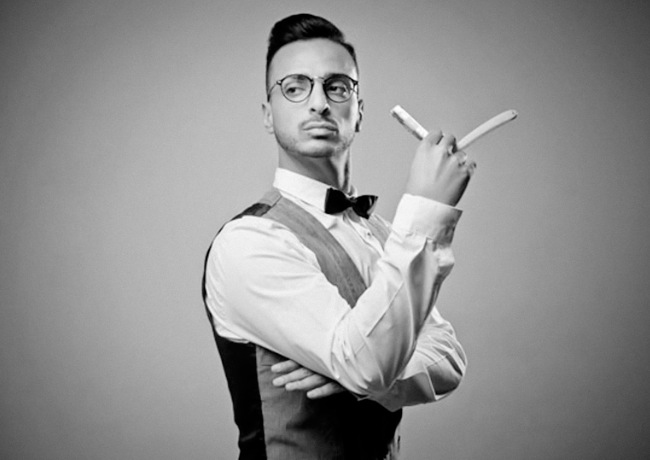 All barbers have their own methodology for a clean shave. How you arrived at your particular method may be a combination of your training and on-the-job experience.

No doubt the techniques you use work well, but you may not know much about their origins.  Interestingly there is a lot of science behind shaving, with some of the first studies on the perfect shave dating back to at least the 1930’s.

Before we examine some proven shaving techniques (that will be in part 2) it is important to have a brief look at the beard hair itself. Scientists at Gillette conducted one of the first studies into the differences between beard and scalp hair in the 1970s. They conducted detailed comparisons of the scalp and beard hairs of 3 major ethnic groups, namely Caucasian, Chinese and Negro. What they found was that there were quite stark differences in structure, regardless of racial background. Scalp hairs were thinner and more rounded than beard hairs, which tended to be asymmetrical with oblong and trilobal (triangular) shapes.  Beard hair had more cuticle layers, more erratic scaling patterns and extensive medullation (natural coating) compared with scalp hair. Basically, they found that beard hair was tough stuff.

An even more detailed study on the structure of beard hair was published very recently in the British Journal of Dermatology. Using a series of modern imaging techniques the authors described in detail the interactions between the beard hair and the skin in which it grows.  The findings showed that beard hair was akin to very thin metal wires, whereas the skin underneath it was lumpy and jelly-like.  As a consequence, the beard hair is highly mobile within the skin, making it prone to pulling and stretching when shaved. This effect is enhanced by the narrow hollows that occur along the beard hair shaft, allowing the hair to stretch and distort as a razor is dragged across it. They also found that the lumpy skin was prone to getting in the path of the razor. It could also trap emerging hairs, creating bumps that can cause irritation and become infected.

High resolution imaging revealed that beard hair grew at different angles depending on its location on the face.  On the cheek it tended to grow at right angles to the skin, making it easier to cut. In contrast, neck hair tended to grow at a shallow angle, along the skin which caused a ‘tug and pull’ effect when shaving along the grain and potential skin nicks and irritation when shaving against it. The skin on the neck is much lumpier than on the cheek, making it significantly more susceptible to nicks. The process of shaving requires balancing the effective removal of hair against minimising the impact to the sensitive skin underneath it. It’s not an insurmountable problem. We’ll cover that ground in the next part so stay tuned.