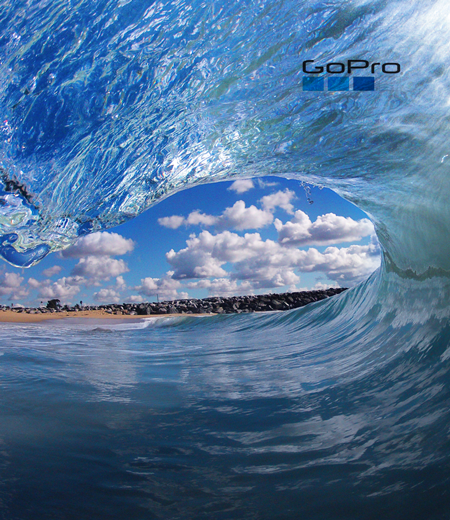 Robbie signed with GoPro in 2013 as a Technology Evangelist and is looking forward to what the future holds for both him and the technology that was the platform from which he launched his success as an artist specializing in photographing water and light.

After many years riding waves professionally Robbie suffered a severe knee injury at The Wedge that took him out of the water for over a year. During this time he started a new job for a computer networking company

In 2010 Robbie was encouraged by master surf photographer Russell Hoover to purchase a GoPro camera to attach to the front of his surfboard in order to shoot POV footage while surfing the Wedge. During his first day shooting video with the camera attached to a pole instead of his surfboard, Robbie noticed the photo setting and decided to give it a try. From that day forward his passion for surf photography drove him to do what many naysayers expressed was impossible to achieve with the GoPro camera. Robbie’s images have been featured in high end print publications, including some awesome magazine covers.

I’m often asked what GoPro settings I use for my photos. This is a simple breakdown of what I most commonly shoot and why.

Burst Mode 30/1 sec – When shooting waves in the 1 – 6 foot face range when there’s no wave rider. The extremely fast frame rate allows you to catch the perfect moment of a wave that’s breaking faster than 1 second.

Burst Mode 30/2 sec – I usually shoot this mode in waves 6 – 10 foot faces or when shooting action such as high performance surfing, BMX or skateboarding. This helps to ensure that you don’t miss that epic capture. There’s nothing worse than your sequence ending right before what would have been the best shot.

Burst Mode 30/3 sec – I use this setting in surf that’s 10 foot faces and above or when shooting photos while riding.

Common Questions
For your pictures do you shoot video and then take screen shots or shoot photos?
All of my stills are shot in photo mode. I only use video mode when shooting video.

How do you keep water spots off your lens? It may sound funny but the solution is saliva. Water spots are actually caused by the sheet of water on the lens separating. By licking or spitting on the lens and then dipping it right before taking the shot you help to ensure the sheet stays solid and your shot isn’t ruined by spots. Another killer is any specs of sand on the lens. This also will separate the sheet of water giving you those unwanted spots.

What video editing software do you use? GoPro Studio, Adobe Premiere and After Effects.

What kind of handle do you use? I use the GoPro 3-Way in small to medium sized surf, when I plan on shooting a time-lapse after my session, when shooting BMX, or landscape. In heavy surf I use a custom built 18 inch piece of PVC Pipe that is sealed on both ends so it floats.

How do you prevent fogging?
The most effective solution I’ve found for fogging are the GoPro Anti-Fog Inserts. Another quick remedy is to hold your tongue on the lens for 60+ seconds or until the fog disappears.

Do you only use GoPro? Yes! 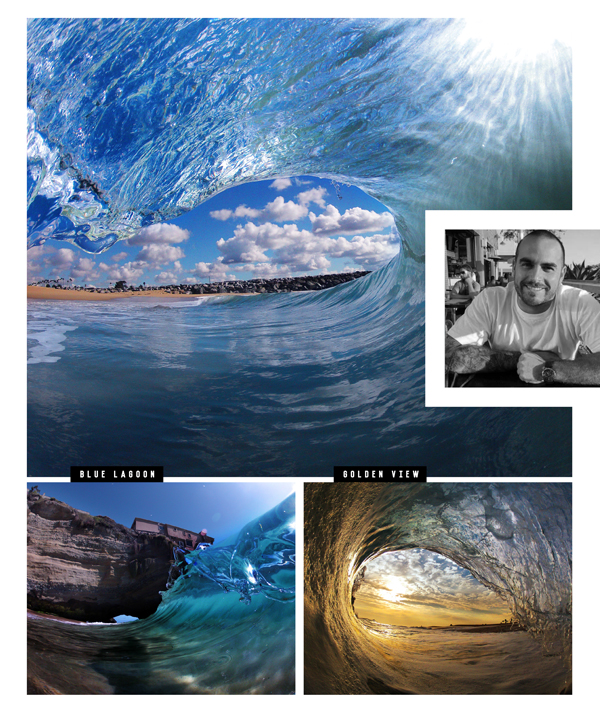