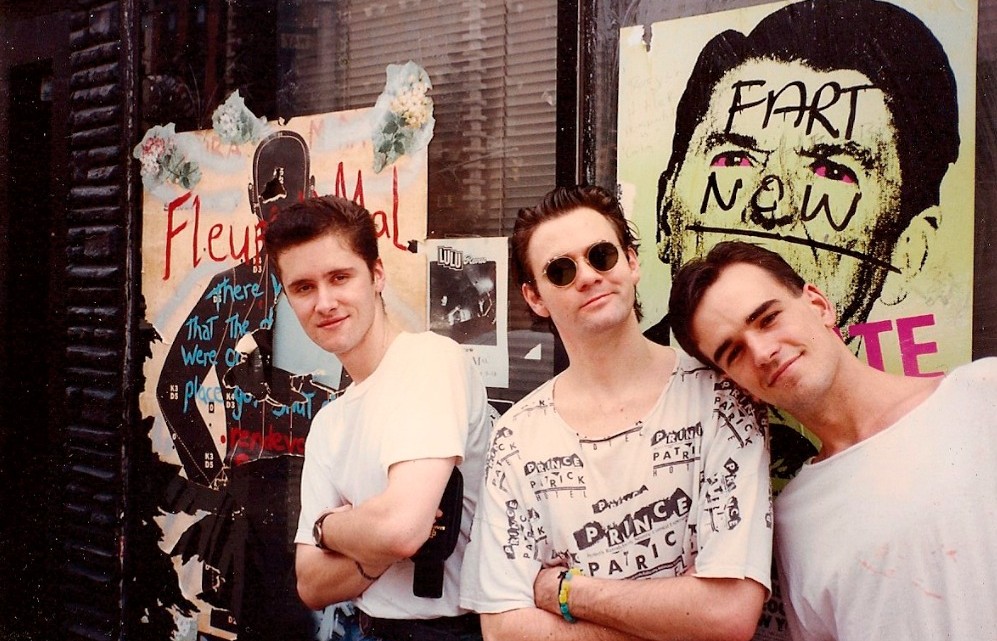 The day I spoke with Richard Fidler is one I shall remember forever. It’s a day I’ll fondly recall to my grandchildren as they play their video games and pay absolutely no attention to what I’m saying. I’m getting emotional now.
Richard confirmed something special when I spoke to him. Something I had always known in my heart to be true…

If Batman and Superman had a fight, who would win?’ I asked him, casually, with no expectation of a revelation.

There was a pause. ‘What a brilliant question’ was his initial response.

He then went on to tell a magical story about how a guy named Frank Miller actually wrote a comic book called ‘The Dark Knight Returns’ about that very thing in 1986.  And that in this magical comic, Batman had, without a doubt, pulverized Superman using a kryptonite tipped arrow. And so now I know it’s true. The answer had always been Batman. Wikipedia even confirms it.

Anyway, he had some other stuff to talk about as well. You may know Richard from such musical comedy trios as ‘Doug Anthony All Stars’ (DAAS), such TV shows as ‘Race Around The World’ and an ABC radio program called ‘Conversations with Richard Fidler’.

DAAS, which was made up of Richard, Paul McDermott and Tim Ferguson, were nothing if not controversial in their comedy. This could be due to the fact that, as Richard explained, The Sex Pistols were one of their biggest influences. ‘Hit them hard and make them laugh was our objective’.

‘Our style was very much confrontational, we were always trying to say things that hurt.’ Richard recalls a performance on TV show ‘The Big Gig’ where DAAS decided to tackle the issue of feminist literature. ‘We were basically saying that we were on their side but that we thought we could do a better job at feminist lit than the feminists could (you can youtube the performance, there is mention of feminist literature needing more ‘balls’ – too funny). We were living in Fitzroy, inner city Melbourne at the time, and we basically aliented half of our audience with that performance.’

Richard describes his time with DAAS like this ‘It was such a great big, hairy, complicated, horrible, delightful time. At its best it was wonderful, at its worst it was awful. And smelly, it was terribly smelly.’

After DAAS split in 1994, Richard was married and was looking at a career in animation in the UK but was unable to obtain a visa. It was then he was offered work in TV, on a show called Race Around the World on the ABC. He is currently the host of daily radio program ‘Conversations with Richard Fidler’.

If you haven’t listened to ‘Conversations’ well, you’re missing out. Each weekday for an hour, Richard interviews a person about their life. It’s gripping, fascinating listening. I’ve been known to sit in my car for 20 minutes after arriving home so I can hear the full conversation. ‘When I first started doing the show I was told, keep the interviews to 7 minutes, people don’t want to hear more than 7 minutes. I’ve found that not to be true. There’s a whole universe of stories to be told.’

The majority of people Richard interview may be relatively unknown, a celebrity would be rare to encounter on the show. “I think listeners enjoy hearing the story of someone they may not have heard of but someone with conviction who has a testimonial to tell’.

The genius in Richard’s interviewing seems to be in his selfless curiosity. He admits at times he has found himself trying to be composed in listening to a guests story but he says ‘I just have to take a deep breath, I don’t feel embarrassed, it’s not about me.’ There is a genuine interest in Richard’s voice, a childlike inquisitiveness, as he speaks to his guests. ‘I’ve listened back to interviews I’ve done on topics that I wasn’t really interested in, we don’t do that anymore because listeners can pick up on that.’ He goes on, ‘Curiosity is the nature of the show, it would be boring otherwise. You have to infect your listeners. ‘

Anyway Richard back to this super hero stuff. ‘Did you know that there was an essay written in the 1960’s about how Superman and Lois Lane could never have been married or had sex – the kryptonite sperm would have killed her and if that didn’t kill her, once the baby started growing it would’ve punched its way out of her stomach’ he offers, unprompted. Sigh.

With that our conversation is over and I’m left with,  let’s face it, a bit of a crush now, actually.