Not so Easy Riding 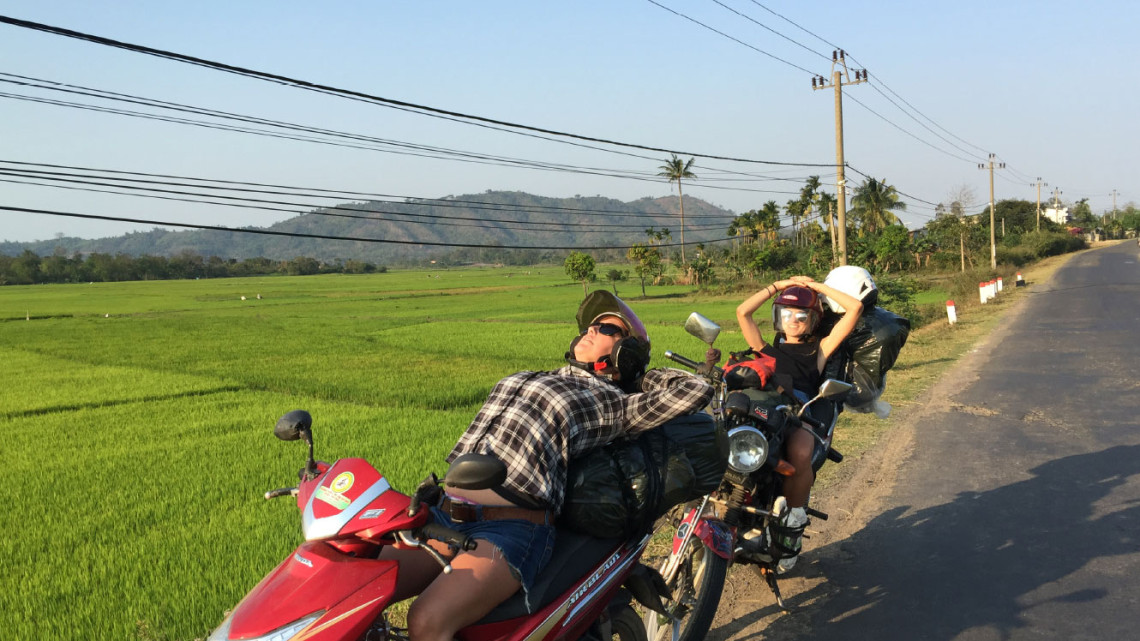 In Issue 7 we met Leeds-via-Sydney’s Fi Mason, who took us inside what’s it like to be a ‘sheila‘ in the barber trade. She’s since taken her show on the road to Southeast Asia where she tells a tale of 930 kilometres of open road, dirt and rubble, two inexperienced riders, one sort- of English speaking guide and a hell of a lot of close calls!

If you’re into safe, relaxing holidays, don’t enjoy walking like a cowboy or would prefer not to use roadside long-drops overlooked by water buffalo then look away now…or read on and thank your lucky stars you chose two weeks in Hawaii.

Five days on the back of a motorbike driving through the mountains of Vietnam, through banana and coffee plantations, round cliff edges and over what I can only describe as bridges built for one- legged goats has to be one of the most dangerous yet exhilarating things I’ve done (and I’ve jumped out of a plane backwards before).

Forget the health and safety guide, Vietnam didn’t get round to writing one and that’s what’s so damn good about it. Social niceties and norms go over the cliff with the rest of the unwanted rubbish. If someone wants to drive the wrong way down the highway, or transport two fully grown, wriggling pigs on the back of a moped, then that’s what they will do, and no one will bat an eyelid.

After only one minor roadside crash within the first hour, my new American partner-in-crime Norma and I felt that for two novice riders we did pretty well. Hopefully not irritating our affectionately named guide ‘Chunk’ too much, we endured kilometre after kilometre of uneven and unpredictable road.

Each day brought new challenges from the burning sun, to needing to stop and amuse the locals with yoga style stretching or the inevitable panic stops when nearly being hit by a truck. Five days soon passed and we became used to the stares and waves of the locals, I felt like some sort of fake celebrity driving through the villages.

When travelling many people visit with expectations created by Instagram, Trip advisor or National Geographic. In Vietnam – yes, there are rice paddies and bamboo hats everywhere and yes, beer is 30 cents a glass but it’s the unpredictable that got me.  You may not speak the same language or have any common life experience but boundaries are overcome to share in unforgettable moments of humour. From slow dancing to Vietnamese- dubbed Christmas carols with a roadside coffee hawker, to using mime actions when requesting use of the toilet. Really, who needs words?

Vietnam is rich. The coffee is rich, the food is rich, perhaps not in monetary terms but the people are rich in love for their homeland, family and for life itself. I don’t mean to sound like a hippy, but you can’t replicate those moments or the insights gained from just living it.

These sorts of trips are rare in their value for being completely sensory. When riding you have to take mental photos, you take in the smells and sounds and instead of being sidetracked by a photo of someone’s breakfast, you live a little. My advice – get out there and try it, you may scrape your knees but the memories you will gain far out weigh any risk. It’s the element of danger that makes it. Maybe just make sure you have a map and a good cushion for your backside…just something to filter out that pain. 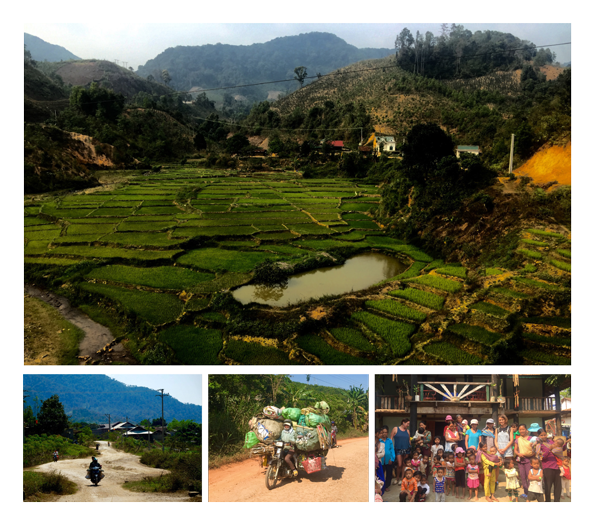