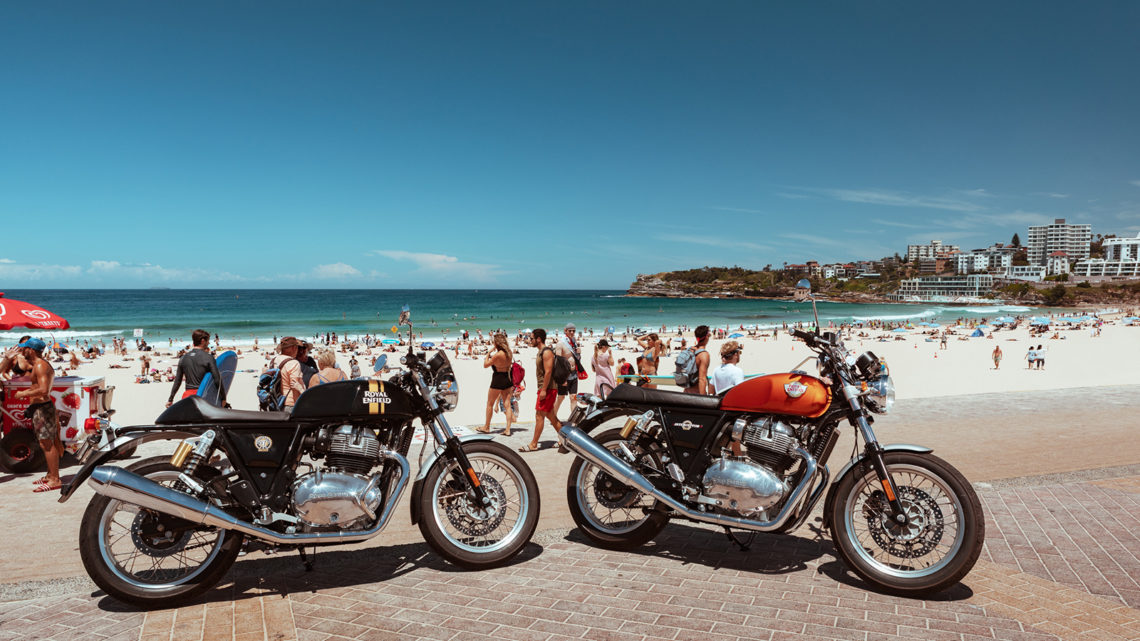 Two iconic legends in motorcycling history make a comeback in the form of Royal Enfield’s Interceptor 650 and Continental GT 650, the company’s first Twins since the 1970s. A contemporary trend for all things retro is bringing back the 1960s and 1970s charm in the modern context and that’s exactly what Royal Enfield has been doing in the past decade or so with its modern-classic motorcycles. Although they’ve been around since 1901, making them the oldest motorcycle manufacturer in continuous production, Royal Enfield motorcycles have seen a surge in demand since 2010 with the Classic considered its hottest selling model across the globe and especially its home market of India. Reminiscent of its history, the new Interceptor 650 and the Continental GT 650, are the first twin cylinder motorcycles to be produced by Royal Enfield since 1970.

While Royal Enfield motorcycles were largely popular in the UK and parts of Europe, the 700 and its eventual successor the 750cc Interceptor were mainly sold in the USA and Canada and were among many popular models that were a part of California’s sun-drenched moto-surfing culture. These motorcycles were also known for being not just fast, but stylish roadsters that were also used as competition machines for scrambles, desert races and flat track events.

On the other hand, in the UK the cafe racing culture created a revolution of its own in the 1950s and 1960s. Young post-war people, who started working again, looking for an avenue for self-expression, invented the cafe racing culture, riding between cafes in impromptu road races.
Australian distributor, Urban Moto Imports says the two new models are not just a treat for eyes with their classic looks, but also combine looks with carefully considered engineering that has resulted in a brace of machines with a common engine.

At the heart of the two motorcycles lies the 650cc parallel twin engine, air-cooled to produce up to 47 horsepower and a peak torque of 52 Nm, designed perfectly to replicate the classic look. Both the Continental GT 650 and the Interceptor INT 650 offer a great deal more than just accomplished engineering. They tap into the growing popularity of classically influenced, modern-day motorcycling that has been in high demand across the world in the past few years. With the new twins, Royal Enfield reinforces it philosophy, of motorcycles inspired by the past but built for today and designed to remain relevant tomorrow, reflecting longevity in a world where short-term trends, conspicuous consumption and disposable products are fast losing their appeal.

The Continental GT 650 will appeal especially to sporting riders with its optional single seat, sculpted fuel tank, rear-set footrests and race-style clip-on handlebars. Riders can enjoy it at high-speed blasts on twisting back roads, or even as a stylish city bike. But being a café racer, the GT will cater to a specific audience, while the Interceptor will appeal to a broader market. Apart from these changes that reflect riding style, both motorcycles are pretty much similar.

The Continental GT does offer a single-seat option.
Both the Interceptor 650 and the Continental GT 650 are beautifully executed and thoughtfully detailed motorcycles and have become the biggest displacement available in the maker’s current line-up.
For price, there is nothing like the Interceptor 650 or Continental GT 650 currently available on the Australian market, but even better, both come with a three-year unlimited kilometre warranty and three-year roadside assistance.Ends: