Netflix’s ‘David Attenborough: A Life On Our Planet’ Is The Most Important Documentary Of The Year 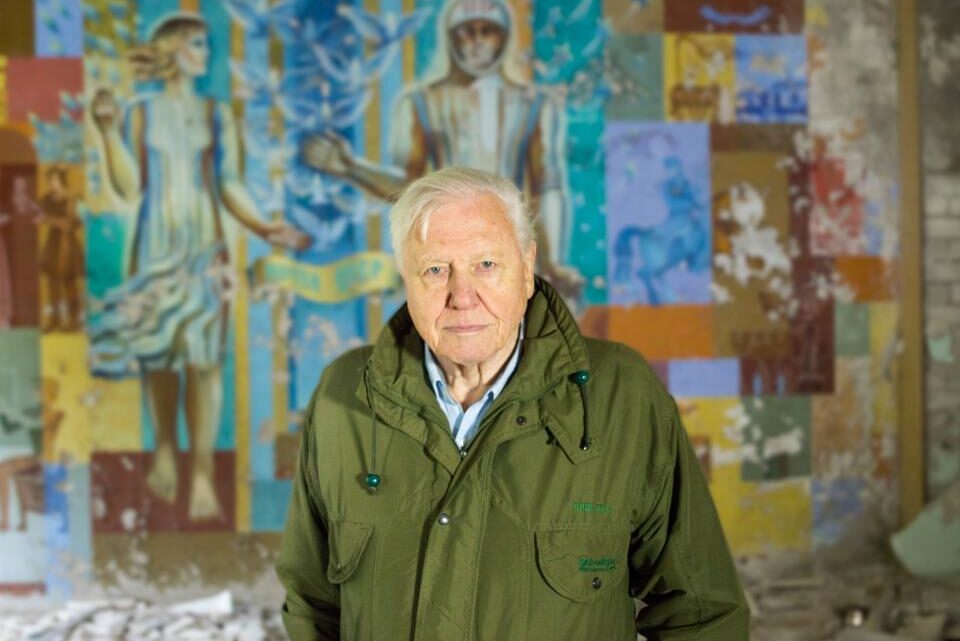 There’s likely no one on Earth who has had a life quite like David Attenborough.

The BBC broadcaster has been the soothing voice of nature documentary narration since the beginning of, well, nature documentaries; Attenborough set off to explore the globe in his twenties, and has been broadcasting the wonders of the natural world to the public ever since.

Attenborough is now 94, and throughout his long life, has watched the natural world wither before his eyes. He seems tired of keeping quiet about it.

The scale of the problem is so overwhelming, so gargantuan, that it can be difficult to absorb, and to communicate through a single documentary. But by framing environmental destruction through Attenborough’s eyes and unique career, A Life on Our Planet manages to humanize an issue that can often seem distant, and somewhat abstract.

As the film moves through the decades, marking each stage of Attenborough’s career with the ever-declining state of the natural world, the percentage of remaining wildlife takes a dramatic plunge in the last thirty years, as the cumulative damage begins to snowball.

Thankfully, the documentary soon takes a more optimistic turn, as major environmental victories are highlighted, and the film begins to focus not on a scorched, apocalyptic future, but a world restored.

Rewilding seems key; while certain scientists, and Silicon Valley bros, focus on technological solutions like carbon capture, or even blocking the light of the sun with a giant screen (just try and stop me, Mr. Bond), nature has its own regulatory systems that are ready to help tackle the problem – if we just allow it to do so.

The world’s jungles and rainforests, packed with an almost unimaginable abundance of life, should be viewed as sacred, simply by their very existence, but the fact that they capture carbon so effectively makes them absolutely vital to our future.

The “problem” with trees, however, is that they aren’t profitable unless they are being harvested. And here’s where Attenborough holds back – the incessant, unquenchable greed and manufactured demands of capitalism are barely mentioned, nor are the obscene excesses of the wealthy.

An analysis by Oxfam recently found that the world’s richest 1% are responsible for double the emissions of the poorest 50%, while a mere 100 companies are responsible for 71% of global carbon emissions. A Life on Our Planet doesn’t dare touch the political element of this problem, and with a deranged climate change-denier like Donald Trump in the White House, currently opposed by Joe “I don’t support the Green New Deal” Biden, there’s a lot left unsaid.

The real purpose of the documentary, however, is to highlight the scale of the problem, warn of the potential consequences, and lastly, install a sense of hope. I think A Life on Our Planet does that very successfully.

There’s a light on the horizon; it might look like a forest fire, but hopefully, it’s the dawn of a new era of environmental consciousness.

Previous post Last chance to get your full 30 day trial!