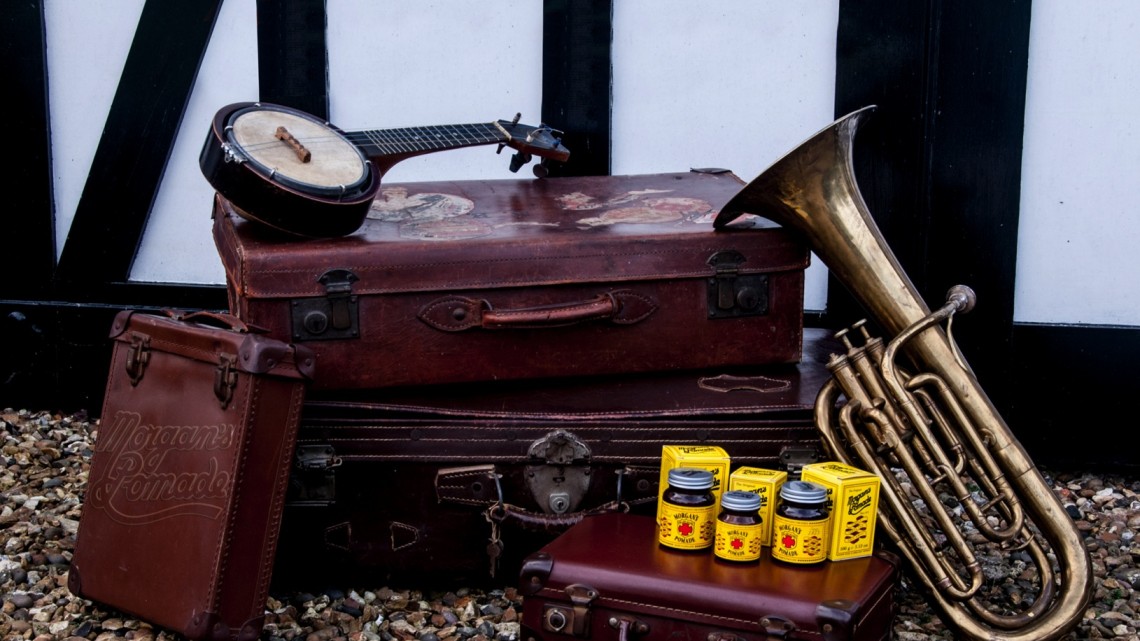 In The Beginning Our family company was founded in 1873 by Robert Martin, who started out in the kitchen of the family home. Manufacturing, labelling, packaging and distribution were all done by hand by Robert himself.

Robert first started to produce a shampoo known as the ‘Marie Antoinette Eucalyptus Egg Julep Shampoo’ and this was followed a year or two later by Morgan’s Pomade.

At first, as Robert was working alone there was little time available to devote to sales. But as the products sold, the good news travelled fast. Fashion and style conscious men began to try Morgan’s and quickly discovered how effective it was.

The first stockists of the Pomade were the fashionable gentlemen’s hairdressers in London’s West End. The popularity soon grew and the distribution of this new ‘must have’ product expanded. Manufacturing moved out of the kitchen of the Martin family and to a small factory in Highgate. Although the production was still a one man operation, the move was encouraging.

By the early years of the new century Morgan’s, Pomade had become a well-known brand. Word had even spread across the channel, and Morgan’s was being supplied to exclusive hairdressers in Paris and other European capitals.

I Not all was smooth sailing and as the First World War started it became increasingly difficult to source raw materials needed for the production of Morgan’s Pomade. Eventually the production could not keep up with the sales. During this time Robert Martin died and left his wife Lane Dinah in control of the business. Although Morgan’s had hit some hard times. They were not defeated. Courtesy of the British Army, Morgan’s had arrived in the sub-continent, and with this India became our largest export market. During this time they also crossed the Atlantic Ocean and broke into America, this was the ‘Classic age of Hollywood’. The suave and immaculately groomed look was big at the time; this was perfect for Morgan’s as this is the style that our company had worked to perfect over the years. It was now a climate where men who followed fashion reached for Morgan’s each and every day! In fact the Pomade was widely used by many of the big names in entertainment.

By this time they had travelled very far from the family kitchen and for the second time we were in need of larger premises. In 1935 a new factory was purchased in Hornsey Rise. With the second outbreak of war there were once again setbacks. Raw materials were hard to obtain and shipping to distant markets was both difficult and hazardous. Despite all of these difficult times Morgan’s was unwilling to give up. The post war years were a period of extremely strong export growth with West Africa and Nigeria in particular becoming a very strong market. The Morgan’s name was, and is to this day, known by Nigerian men everywhere. Thailand and Hong Kong are also among the countries that now supply Morgan’s Pomade.

With this growing trade, once more larger premises were needed. A site was found at Swalecliffe near Whitstable and here a new purpose built factory was constructed. Enough land was purchased to allow for further additions. Modern manufacturing machinery was installed and production capacity increased accordingly.

Today, Morgan’s Pomade is distributed to over SO export markets from Tahiti to Tanzania and the number is growing.

Modern man has become increasingly concerned with appearance and style, this has boosted their sales and Morgan’s Pomade is still going strong. Men all over the world reach for Morgan’s to achieve that classic sleek and suave look of MORGAN’S that never goes out fashion. Despite the changing nature of men’s hair fashions, throughout  history, Morgan’s Pomade has maintained its long established appeal to men who wish to look their best.

From a one man operation started in a kitchen they have grown into a structured, forward business with the resources, technology and innovation for yet more expansion. Not only have exports grown but so has their range. Morgan’s now produces a much larger range of products for both men and women.