Stepping Up To The Plate.

Earning Passive Income for Your Barbershop 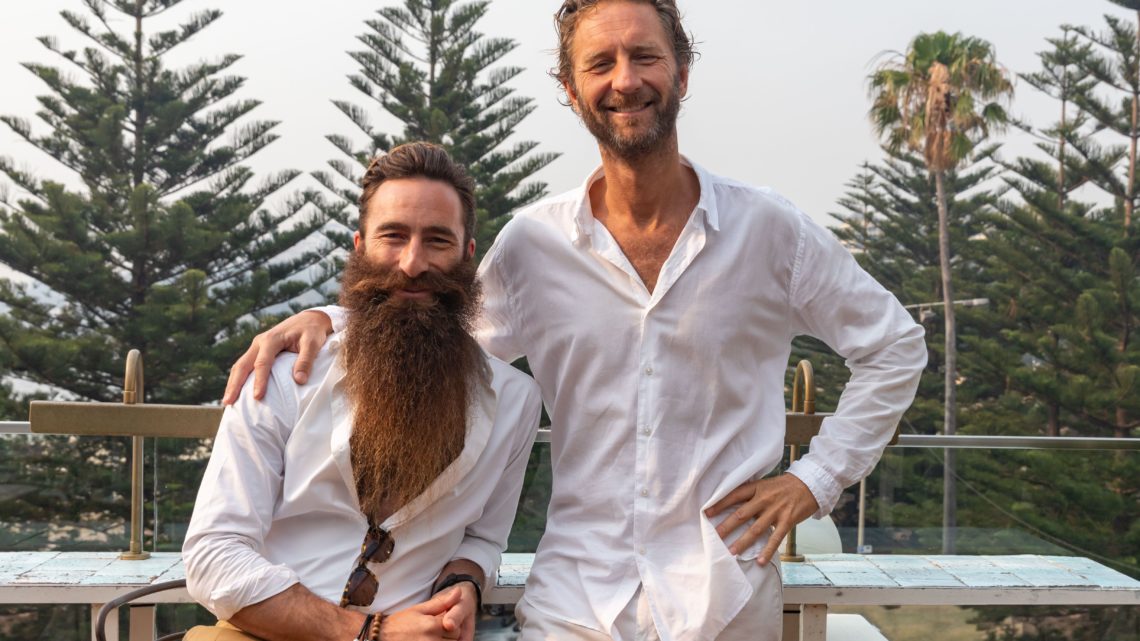 Merivale has partnered with not-for-profit Australian charity, Beard Season, to offer free skin checks across their coastal venues this summer. Championing the early detection of one of the world’s deadliest cancers, melanoma, Merivale will also host the highly anticipated ‘Million Dollar Beard Ball’ in February 2020 to help Beard Season’s founder, Jimmy Niggles, reach the target $1million target to shave off his world-famous beard.

Despite being one of the most successful cancers to treat if discovered early, melanoma remains one of Australia’s biggest killers – claiming one Australian every five hours. Statistics show that men are most likely to get melanoma and are also the least likely to visit a doctor’s office.

As the founding corporate partner of Beard Season, Merivale will provide free skin checks at The Newport, Coogee Pavilion and The Collaroy, potentially saving hundreds of lives in the process. The skin checks will be performed by trained doctors and nurses in private huts using a revolutionary AI based screening platform, providing a friendly and relaxed environment for customers to visit some of the best skin specialists in Australia.

Jimmy Niggles said: “We love our sunburnt country, but it can be a brutal playmate. Our melanoma death rates are 12 times the global norm and a lot of this has a lot to do with how harsh our UV rays are, thanks to a hole in the ozone layer. We need to be more sun smart, learn the warning signs, and get regular skin checks, which is why we’re partnering with Merivale to make it as easy as possible for people to do it this summer”.

“Each check will take about 10-20 minutes, using the best technology there is, and could seriously save your life. In more than 95% of cases, melanoma can be successfully treated if found early – one of the highest survival rates of any cancer. So, get it done.”

The only Australian charity entirely dedicated to the early detection of melanoma, Beard Season is pioneering ‘early detection’ on a scale never been seen before. Founded in 2010, in memory of Wes Bonny, Niggles’ friend who died from melanoma at the age of 26, the movement encourages men to grow their beards, get a skin check and then use their beards as life-saving conversation starters. Niggles has been growing his beard for nearly a decade and is now selling it off for the princely sum of one million dollars so he can kick start the world’s first, targeted national skin check program.

The goal is to shave it off at the Million Dollar Ball on 28 February 2020, nearly ten years on from Bonny’s tragic passing. Australians can support the efforts by sponsoring skin checks at their office or by hosting community events.

“As soon as we hit the million mark, the beard is gone, but without a goal there’s no game. So, we’re giving ourselves until the end of summer to find the amazing supporters who want to be part of something historic – not just shaving my beard, but to kick start the world’s first skin check programme, saving hundreds if not thousands of lives from our ‘national cancer”.

Merivale is supporting Beard Season in memory of Christopher Wall, a beloved Merivale employee who tragically lost his battle with melanoma.

Justin Hemmes said: “Christopher was a truly remarkable person; his spirit, kindness and infectious energy lit up a room and left a lasting impression on everyone who met him. We are proud to partner with Beard Season in his memory, and together help fight this insidious disease”.

Beard Season’s Free Skin Checks will be available at The Newport, Coogee Pavilion and The Collaroy throughout January. Please check https://merivale.com/whatson/skin-check-beard-season/ for dates.

Back in 2010, Jimmy Niggles and his mates had just said farewell to one of their fondest friends. His name was Wes Bonny, and he was tragically killed by a spot on his neck, which he didn’t know was melanoma until it was too late.

At Wes’ wake, inspired by a couple of burly bushy farmers, Jimmy dreamt up an idea called ‘Beard Season’. A wooly winter challenge which targets those most at risk (blokes aged 18-45) to grow their beards for winter and use them as life saving conversation starters – inspiring their friends and family to visit a specialist for a skin check.

In that first winter, Jimmy had at least seven people write to him saying his beard had literally saved their life. People who met him were inspired to come and chat to him because of his luscious chin locks – opportunities he used to talk about Wes and challenge them to get a skin check. The idea was working, so, he kept growing. And each and every year since, so too has Beard Season.

Now, almost ten years later, Jimmy has tens of thousands of ambassadors from all over the world growing their beards for ‘Beard Season’. He’s built a social media community more than 80,000 followers strong, and had lavish endorsements from the likes of Chris Hemsworth and even our Federal Minister for Health. His beard has become world famous. It has been on three story high murals in Spain, coffee cups in Greece, T-Shirts in Milan, on tattoos, billboards, and even the posterboy for a portrait exhibition at Somerset House in London which attracted over 33,000 visitors. In fact, the only time it has been cut was by Sir. Richard Branson on Necker Island, with a bar knife. Which Jimmy then turned into a paintbrush to be passed around some of Australia’s finest artists. So when someone asked him when he’d shave it off, Jimmy had another idea.

Beard Season had grown into something beyond Jimmy’s wildest dreams. Now a registered charity, they were saving more than a life a week. People they called #BeardSeasonVictories. And were pushing a message no other charity was focussing on. Pioneering ‘early detection’ on a scale never been seen before. So to make this idea sustainable, Jimmy decided to sell his beard off for the princely sum of one million dollars. Scaling the charity and kick starting the world’s first, targeted national skin check program. Something Australia desperately needs.

Stepping Up To The Plate.