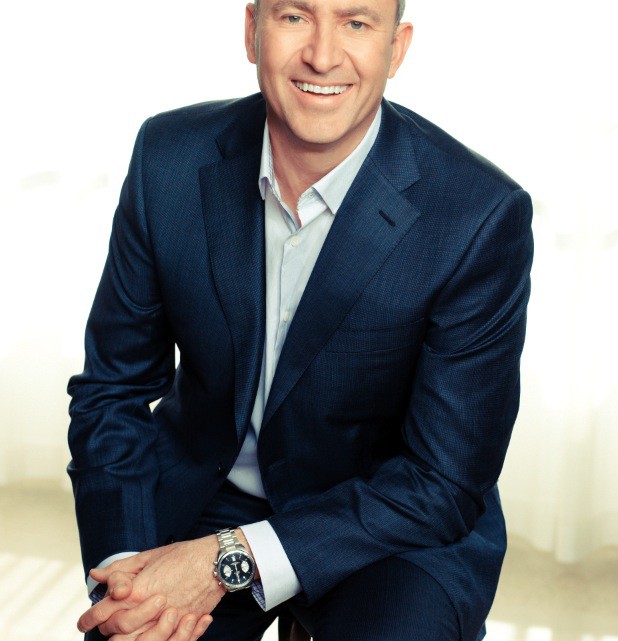 When we spoke to Mark Beretta over the phone, he was sitting back in a motel room in Melbourne and, we’re not bragging, but he was raving about The Cutthroat Journal. It’s always surprising to speak to a celebrity who spends the first five minutes of the conversation telling you how much he loves what you’re doing, and not getting down to the business of talking about themselves straight away. That’s what we call getting off on the right foot hey. What a guy, and we appreciated the kudos enormously.

But enough about us. This Mark Beretta guy. You can catch him weekday mornings on channel 7’s Sunrise exchanging witty banter with his co workers, flashing that wholesome white grin and just you know, reading the sport and stuff.  In fact, if you’re watching any sport on channel 7, you’ll probably see or hear him on there. Or at least he’s probably watching it. It seems sport just oozes out of every orifice of his being. But not in a gross zombie oozing way. He just loves the stuff. But not in a grunting, scratching nuts sort of way (hasn’t been verified). Sport really float’s Mark Beretta’s boat, you catch our drift?

Beretta grew up near Geelong, Victoria, in a place called Whittington. Living just 1 km from the Barwan River, his family – his mum, dad and two younger brothers,  spent each weekend water skiing. Mark was only four, and couldn’t swim, when his dad chucked him into the river for his first ski. Mark laughs, ‘We were the only family in Geelong to ski all year round. When it was freezing in Winter, you’d find us on the river. All the other families were driving past keeping warm in their cars on their Sunday outing. I’m sure they thought we were crazy.’ Crazy families are the best!

Mark grew to be a champ in the waterskiing world. From his first taste of doing a jump off a ramp at ski camp when he was eight, he was hooked. ‘It was daunting, 5 foot, but I liked it straight away, it was a lot of fun so I kept at it,’ he says.

He kept at it alright! Mark went on to represent Victoria 16 times and competed in 10 Australian championships. He was runner up at the Singapore International Masters and also held a US trick skiing record. These days he jokes that he holds the record for oldest, fattest guy on skis doing a back flip.

So skiing champion, check. Now what to do? Mark started his media career in radio on 3GL Geelong whilst he was completing an engineering degree at Swinburne Uni. He’s really a guy who knows what he wants to do, works damn hard, and sort of bugs people until they let him do it. That’s how he got started in TV. He hounded Eddie McGuire until he helped get him a job at Channel 10 commentating the basketball. Then in 1995 Channel 7 offered him a job. ‘Working hard and going after what I want is the only way I know,’ explains Mark. ‘If you have a passion for TV, ask for what you want, just go for it.’ It’s certainly worked in Mark’s case.

Ok, now this next bit might give you goosies or shivers. Mark’s career highlights are enviable and outrageously familiar. Remember when Cathy Freeman won the 400m at the Sydney Olympics, the most watched TV moment in Australian history? So does Beretta, he was there, hosting. Oh and that time when Keiran Perkins won the 1500 metre freestyle at the 1996 Olympics from lane 8? Mark Beretta was there, poolside. ‘I pinch myself most days’, he says, ‘at these amazing life experiences I get to be apart of.’

His only gripe in life is the 3.30 starts which leaves him battling fatigue most days.

Outside of television, Mark loves his charity work, which again involves sport. Mark does something called the Tour De Cure, which is a charity bike ride raising money for cancer research, treatment and prevention. Next year will be his 6th ride for the charity, which involves doing a 1500km bike ride for 10 days. It’s not without it’s perils, as he experienced 2 years ago, when he got knocked off his bike…by a kangaroo. So Aussie. ‘He ran into the side of me and then I rolled down the hill with him. I lost all the skin off my backside and took 2 hours off in a car. But I finished the rest of the ride’. Of course you did awesome person.

Keeping healthy is an important part of his lifestyle and he works hard, doing some form of exercise everyday, from weights, to circuit to bike rides.

And then there’s the exercise of rummaging through drawers to find chocolate and the raising of the Snickers to his mouth. A chocolate addict he is. Self confessed. Unashamedly.

A vice, at last. But we can hardly hold it against him. Acutally, he’s totally going on our Christmas card list this year. True story.

Thanks for the chat Mark!