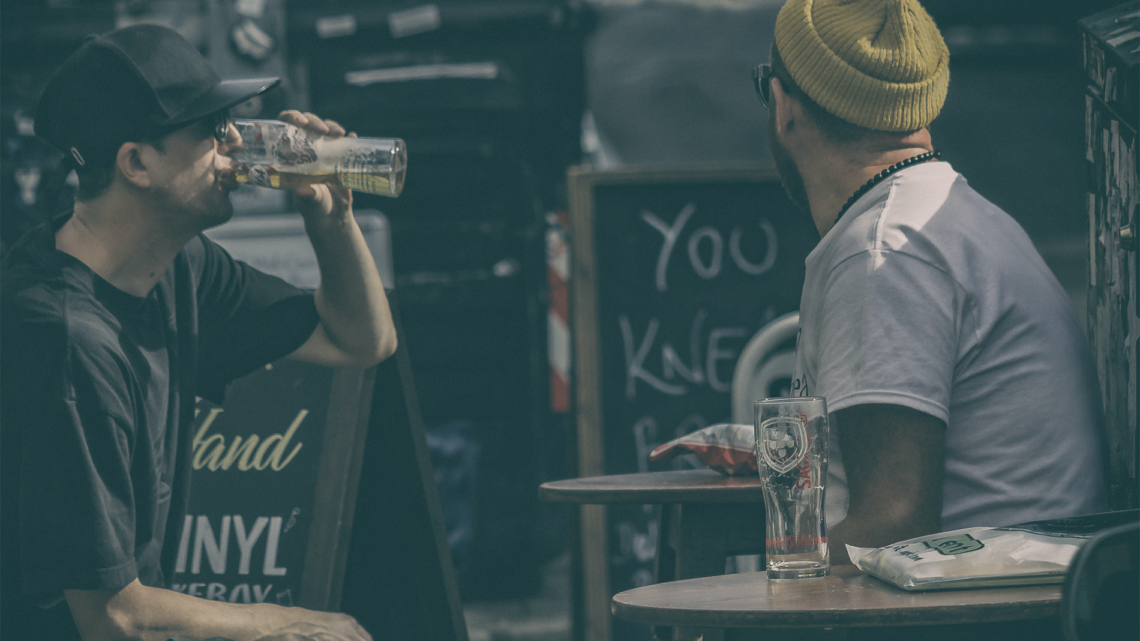 “How reigning in excessive drinking for the second lockdown made me happier, healthier and more on top of my whole life”

When lockdown was first announced on 16 March, daily life was turned upside down for many, and Victorians had no idea of what was still to come.

Such was the case for Mitch, 36, from Melbourne, who started drinking heavily indoors during the first lockdown, when previously it would have been reserved for socializing at a pub or sports match.

Mitch shares how this started to take its toll.

“Before lockdown, most weekends would follow a similar pattern: hitting the pub post-work on a Friday night, a heavy night of drinking on a Saturday, and then the inevitable rough hangover.

“The hangovers didn’t just come and go each Sunday. I’d feel anxious well into the next week, impacting my energy levels and focus and motivation at work.

“I didn’t question my drinking pattern for a long time. It was just part of my life, my routine – established almost two decades ago when I was 18. I’m not unique in spending my weekends this way. It’s such a standard part of Aussie culture to unwind from the week with drinks.

“It started becoming a problem for me though. I would make dumb decisions when I’d had a few too many drinks, and I started to see the impact it could have on relationships and friendships.

“As well as the weekend sessions, I’d get some drinks in whenever I was out in the week for dinner or at a sports match. It all added up, and I reckon an average week would see me have somewhere around 25 standard drinks.

“When the first lockdown in Melbourne hit, I basically replicated the weekend but indoors. My housemates and I would have some big nights centred around alcohol, or I’d jump on a Zoom call with other mates and we would drink together. I’d get stuck into the beers as soon as Friday afternoon came. But the novelty soon wore off.”

The Alcohol and Drug Foundation has launched a new campaign, Break the Habit, to highlight that it only takes on average around 66 days to form a habit. This is roughly about the same amount of time many Australians spent in lockdown – and much more for Victorians.

“A combination of things prompted me to try Dry July this year. At one point, I saw a photo of myself in my cycling gear and thought ‘Geez, I’ve put on a few KGs!’, which certainly helped the decision, and the money I was spending on alcohol was a big factor too.

“Mainly though, as I’m getting older, I want to be sensitive to my mental and physical health. I was interested in finding out how drinking less would make me feel.

“Feeling sluggish after the first isolation ended meant I was keen to get outside and get my fitness back up. But my lifestyle of drinking heavily on the weekends and the hangovers that followed meant I’d struggle to get going. My energy would be low and I couldn’t motivate myself.

“Leading into Dry July, I thought going cold turkey was going to be hard. The fact we were stuck at home with no social outings for the most part helped, and I also started a fundraiser for NASCA (National Aboriginal Sporting Chance Academy), so a bit of external accountability motivated me to stay committed. Overall though, it was easier than I expected.

“There was one weekend I caught up with some friends to watch the footy. Sometimes there can feel like a pressure to drink to ‘fit in’, but it was fine. I didn’t feel like I was missing out on drinking at all.

“I found myself feeling really great. I had heaps more energy and was so much more productive during the week. I really felt on top of things.

“By the end of the month, I really wanted to continue drinking less. I felt mentally and physically better, and having more energy meant I got so much more done on the weekend ­– which beats a heavy night and a hangover.”

When the second lockdown rolled around for Victorians, Mitch knew he couldn’t go back to the way he was drinking before. He needed a healthier, happier second lockdown.

“Since Dry July ended, and during the second lockdown in Melbourne, I’ve drank a couple of times. One of my friends celebrated their 30th with a Zoom quiz, and I joined in the drinking. In the following days, I felt considerably flatter and less motivated.

“It really reinforced what I learned during Dry July ­– that drinking has a massive impact on the days following and leans into the whole week. It had been such a long time since I felt rough from drinking. The contrast of how great I felt in July versus how I felt after the Zoom drinks hit me like a ton of bricks. I couldn’t believe I was routinely feeling this way before lockdown. It was a stark reminder for me that I didn’t want to return to my pre-lockdown drinking ways.

“The stage four lockdown is really taking its toll on me. It’s draining and we all just want a bit of normality back now. I know I need to prioritise looking after my mental and physical health to help me navigate through this time, and also come out the other side feeling positive and healthy. I can’t do this if I’m having heavy nights on the regular.

“In the future, if there’s an occasion or a big social event, maybe I’ll have a few drinks. But I no longer feel the need to just because it’s Saturday, or because everyone else is.

“Whilst breaking the habit of drinking for the sake of it, I’ve been able to pick up new habits with the extra time and energy available to me. During Dry July, I made a conscious effort to run or cycle pretty much every day, and I’ve tried to stick with that since.

“I’ve always enjoyed playing sport, but I didn’t feel like it had an element of routine or consistency. Weekends of drinking and lacking energy in the week got in the way. Now, it’s become part of my every day, and I really look forward to it.

“Reducing my alcohol consumption so much has meant I’ve been able to start to form good habits, like running and cycling, and, above all, keep them up.”