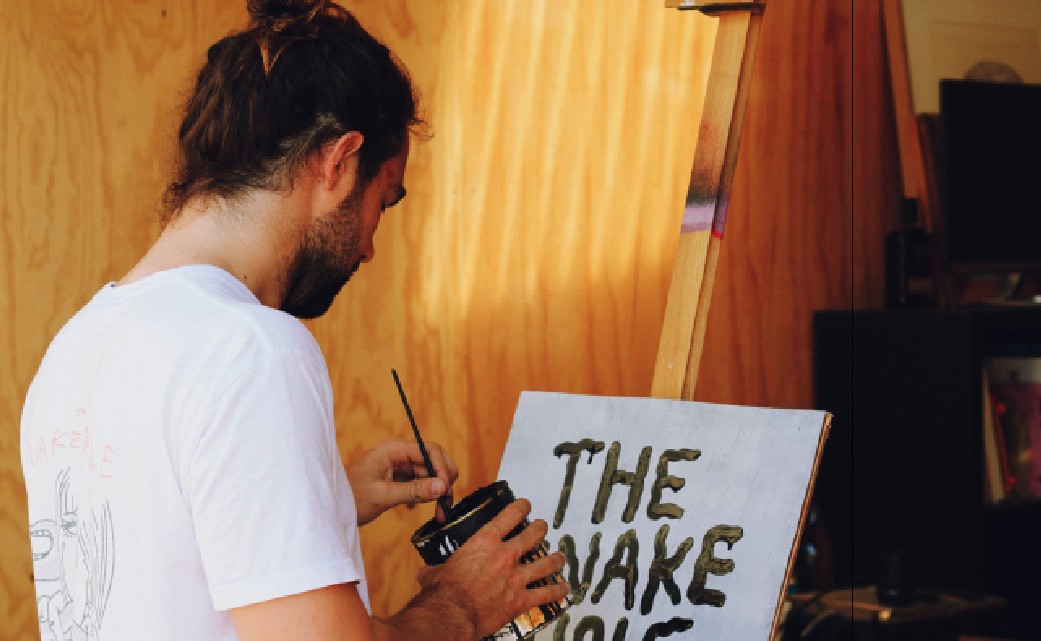 There is a weightless ease of travelling down the wide four-lane freeway; the path is worn from the many who have travelled it before, to a destination many have sought out. However, for Mornington Peninsula’s Josh Brown, the trail to establishing a creative culture in his hometown was new ground – a path he’d have to carve out for himself.

Inspired by his sister’s own pursuits in graphic design, Josh had always been artistically inquisitive. Previously working for clothing brand Insight in Sydney, it wasn’t long before Josh returned to his hometown to chase his own creative aspirations. Naturally, he looked to Melbourne’s inner suburbs, a breeding ground rife with creatives. You could throw a rock in Fitzroy, and you’re bound to hit another studio. Yet his passion for surf culture and longing for home gave Josh other ideas.

“I looked in the city, but decided to stay on the Peninsula and surf. There is nothing like this down here,” explained Josh.

Running out of the back of his dad’s factory, machines were replaced with walls and insulation to block out the squealing grinders from next   door … The Snake Hole was born. “I would come in the morning, do three hours in the factory, pay my rent off and work the rest of the day,” laughed Josh.

It wasn’t long before expansion was on the horizon and after having “the chat” to his dad, the day came and Josh pounced: “I’m moving out; do you want the space?” He went straight into business with his sister, Kristy, and brother Joel and created The Nook, a place creatives could come together to work alongside like-minded people. The space encompasses six studios for the like-minded, a common room, meeting room and a large gallery. Where The Snake Hole gallery caters to a niche of low-fi exhibitions, The Nook gallery is an accommodating chameleon and has seen the likes of book launches, photo exhibitions, yoga classes, and Hither Thither & Yon, an all-female collaborative art show. The inviting industrial aesthetic is set off with plenty of natural light. Yet as aesthetically pleasing the space may appear, it’s the community surrounding it that you will first notice.

The community established within the industrial estate is furthered by high-school friend and next-door neighbour Sam Keck, with Commonfolk Coffee Company. What use to be an old stone masonry is now a thriving café and roastery, that also provides a second entrance to The Snake Hole. “These two things work hand in hand,” Josh explained.

“Our whole plan for this was to provide a space for emerging artists who we saw were doing rad stuff and to give them a space to get some exposure. It is really hard for an artist to find a gallery they can afford, for one, and also one willing to take on a young creative” – which is exactly what they are achieving. The space has created a culture and a community that is fostering young artists on the Peninsula and giving them a leg up in the industry. As well as supporting other artists, and doing their own shows, The Snake Hole has their own clothing range on the horizon.

“My whole dream was to work alongside other creatives and do something on the Peninsula where it wasn’t happening; it’s like people had this mental block that you can’t do this down here. I still have to pinch myself that I get to make a living out of it.”