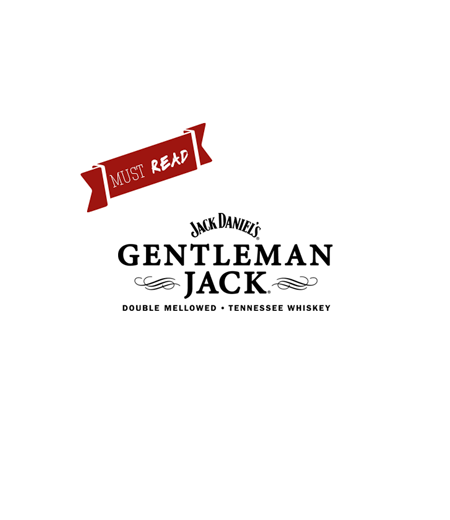 2016 will see the Jack Daniel Distillery celebrate its 150th birthday and we were intrigued to know how the world’s largest whiskey brand has not only survived but indeed flourished through 2 world wars, 2 periods of prohibition & the great depression…

Perhaps it is the stories behind the brand. Not the fictitious kind that marketers conjure up in order to trick us into believing their false claims of craft and authenticity, but the real history behind Jack and his beloved whiskey.  Cutthroat Magazine recently spoke with Brand Manager Patrick McEwan with a goal

of unlocking the myths and truths behind this American icon.

Try as you might, you couldn’t find a more picture postcard kind of place to make old time Tennessee sipping whiskey than the Jack Daniel’s Cave Spring Hollow. From a small cave in the side of a limestone bluff near the end of the hollow, flows a clear, cool spring of iron-free water that may just be one of the

most ideal whiskey making water sources in the world. The water’s lack of iron is significant. Just drop a nail in a barrel of whiskey and you’ll see why: iron will ruin whiskey, turning its beautiful amber glow a dull black. Though iron-free, this water is blessed with a number of other minerals, drawn from thelayers of Tennessee limestone it trickles through on its way to the spring. The water’s minerals contribute to the character of the whiskey & it is this very reason the Jack was drawn to this site way back in 1866.

Jack (Jasper Newton Daniel) was indeed a real man. Known for his tenacity, Jack was born into a family of 13 children & left home at the age of 7. He was taken in by a Lutheran Minister by the name of Dan Call who was also the local grocer & chemist. Dan had a still in which he produced “medicinal” whiskey & it that Jack was introduced to what would become his life-long passion. Due to growing pressure from his congregation to either dedicate his time to “saving spirits” rather than making spirits, Dan sold the still to Jack when he was just 13 years old. Jack moved his still to the Cave Spring Hollow in Lynchburg, Tennessee & 3 years later (1866) the JackDaniel Distillery became the first ever registered distillery in America & to this date, every single drop of Jack Daniel’s whiskey is still produced on the same site.

In the late 1800’s, whiskey was still sold by the barrel or jug & it was common practice for saloon owners to stretch their purchase by diluting it with water. Encouraged by his nephew “Lem Motlow”, Jack decided to bottle his whiskey to ensure that people were not served a watered down variation. Never one to conform, Jack insisted that it must be a very distinct bottle. His “Old #7 Brand” became the first whiskey in the world ever sold in a square bottle. As the man himself put it “a square bottle for a square shooter”. To this day, the world’s most iconic liquor bottle still holds true to Jack’s pledge.

Although born into a life of poverty, Jack’s passion for both quality and the finer things in life fuelled his reputation as the richest and most generous man in the county. As well as running his beloved distillery and bringing the bank to Lynchburg, he also owned the town’s only 2 bars (the White Rabbit and Red

Dog Saloons).Irish and Scottish distillers had a low opinion of American whiskey and merely thought of them as their inferior cousin. That was until Jack Daniel’s “Old #7 Brand” was awarded the gold medal for the world’s best whiskey at the 1904 World Fair in St Louis. It was this moment that propelled American whiskey on to the global stage. Quite the entrepreneur, Jack was never one to lay idol nor was he exactly known for his patience.  It was his occasional short fuse that ultimately lead to his passing. Upon arriving early at the distillery one morning to pay for a local grain delivery, he struggled to open his safe. After failing to crack the combination he kicked it in anger & broke his big toe. Blood poisoning set in and as a result, Jack sadly lost his life in 1911. Ironically, if he had just washed the wound with his own whiskey then it would’ve killed the infection & prolonged his life. The moral of the story – don’t go to work early.

To this day, Jack’s independence & desire to do things differently is what drives every essence of the brand. When other’s Zig, Jack Daniel’s zags. The best example of this is in the craft of the whiskey itself. Jack Daniel’s is a Tennessee Whiskey NOT a Bourbon. Not because it is from Tennessee (as Bourbon can legally be produced anywhere in America) but because it undergoes one extra and very important step during production affectionately known to locals as the “extra blessing”. It adheres to the to the very high standards of Bourbon by laws in every way, but after the whiskey is distilled it is mellowed drop by drop through 10 feet of Hard Sugar Maple charcoal. This “mellowing” refines & removes the harsh, unwanted characteristics from the whiskey before it is matured in proprietary toasted & charred America oak barrels.  Charcoal mellowing (once popular prior to prohibition) was abandoned by all (except Jack Daniel’s) when the national  “dry” laws were lifted in 1933 as distillers were in a rush to make revenue & not necessarily quality whiskey.  Our mellowing process is time consuming and expensive but it has such a profound and positive influence on the flavour of the whiskey that we have never considered any other substitute. The American government once tried to force the distillery to call Jack Daniel’s a Bourbon but the case was dismissed once a “before mellowing” & “after mellowing” taste test was conducted with the judges. They unanimously agreed that Jack Daniel’s tasted unlike any Bourbon and that the charcoal mellowing produced a unique flavour. And as such, the definition of “Tennessee Whiskey” was born.  Jack was certainly a pioneer but he didn’t actually invent his craft.  But what he did better than anyone else was combine all the best elements together. This is still true today. Craft may not be the first thing that comes to mind when you think of a brand that produces 13 million cases per year but craft is exactly what they do at the Jack Daniel distillery. They just happen to do it on a greater scale than anyone else. Here a few (of many) features that you may not know about the whiskey itself. Every one of Jack Daniel’s whiskies start of the same way & that is defined by the 6 sources of flavour:

3). Fermentation – where yeast convert the sugars in the grains into alcohol.  A whiskey’s yeast strain is its flavour DNA. Most brands used mass produced, freeze dried yeast but not Jack. They are the only distillery in the USA to have their own micro biologist on-site. They cultivate their own proprietary yeast strain to ensure that every batch is absolutely consistent.

4). Distillation – When making Bourbon or Tennessee Whiskey you can legally distil up to 160 proof (80% ABV). The higher the proof the more neutral the flavour and the more spirit you produce.

However, Jack Daniel’s distil at 140 proof (70%) in order to retain their unique flavour.

5). Charcoal Mellowing – this is what makes Jack “Jack”. The freshly distilled whiskey is mellowed drop by drop through 10 feet of hard sugar maple charcoal. Each drop takes 3 days to make its way through the charcoal and during this time is refined and softened.  As well as being extremely time consuming, this process costs in excess of $1M dollars per year.

6). Maturation (ageing) – where the magic happens. Unlike whisk(e)y from the rest of the world, when making Tennessee and Bourbon whiskey, 100% of the spirit’s colour comes from aging in charred American Oak barrels and not by adding caramel colouring. Jack Daniel’s are 1 of only 3 brands that actually make their own barrels and every single one of them is hand-crafted. A barrel is never uses twice and along with the intense Tennessean climate (scorching in summer & covered in snow during winter) Jack Daniel’s matures quite quickly. 1 year aging in Tennessee is equivalent to roughly 3 years in Scotland and this is why you will rarely see age statements on a bottle of American whiskey as age is not a true indication of quality.

If you ever have the opportunity to visit this beautiful part of the world (& I highly recommend that you do) you may be surprised to find that the world’s biggest whiskey brand is not only made in a town of less than 500 people, but that town actually lies within a dry county. That’s right, not a drop of alcohol

(by the drink) has been sold here since the state of Tennessee fell under the grip of prohibition in 1909. Although they have since relaxed the states laws, Moore County remains dry to this day. Over time, Lynchburg has become, how shall we say “a little moist”. For example, on the first Friday of every month the distillery celebrates Good Friday. On this day, every one of the 500+ employees are given a bottle of Jack Daniel’s Old #7 & the local Country Sheriffs’ office kindly turns a blind eye so that all staff can raise a

Jack to Jack.  An on-going tribute to the generosity of the great man himself.