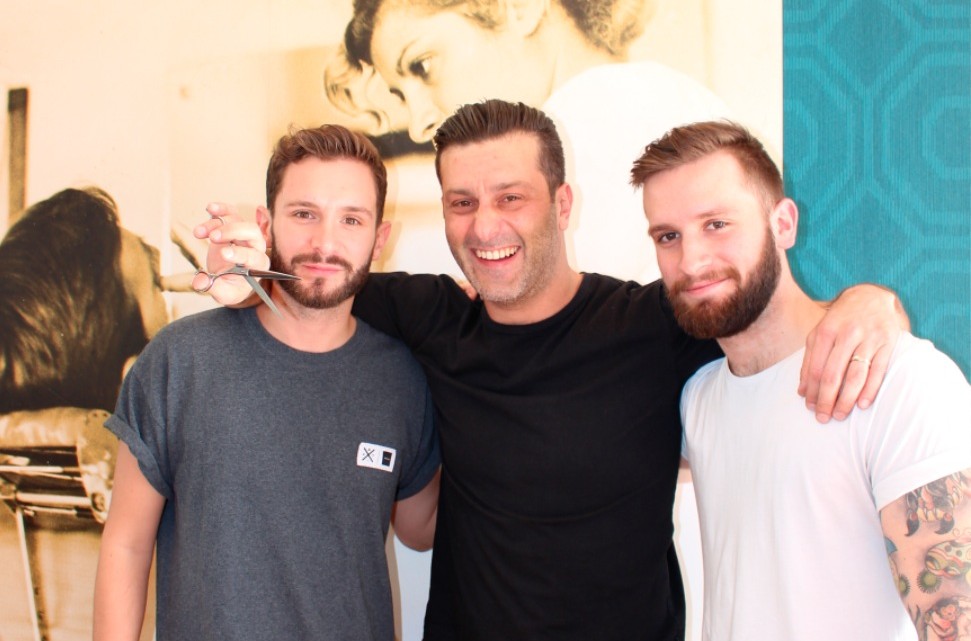 I always wondered when hanging around with one of my good mates in Sydney why he always looked so neat and tidy. Years later when I asked him to come to the Cutthroat Journal launch in Sydney he asked if he could bring an old school friend Steve along, who was a barber. He turned out to be the creator of one of Sydney most iconic barbershops Grand Royal Barbers.

Steve Salecich hails from 4 generations of Croatian Barbers. In 1999, Steve established Grand Royal Barbers first shop in Sydney’s CBD. In 2003, the Darlinghurst shop was opened after forming a partnership with Maria Dillon. Steve and Maria identified back then that Sydney’s barber scene was dying and decided to bring this traditional culture and craft back to life.

15 years on, Steve and Maria now have a team of twelve barbers and master barbers from around the globe. There are an additional four trainee barbers being taught the trade in their 3 locations – Sydney CBD, Darlinghurst and Surry Hills. To become a master barber, staff must have a minimum of 10 years experience in their craft. Steve’s Aunt Sally takes rank, with 45 years of honing her blade.

Grand Royal Barbers is a barbershop for the modern guy. It’s where he can go for the latest hairstyle, a traditional shave; head shave or get a beard sculpture. The concept is a good mix of modern barber technique mixed and some good salon ideas, they especially have a good retail range of men’s grooming products. The barber I chatted to on the day I visited had come from the London barber scene and was full of passion, which is great to see in young barbers.

Grand Royal Barbers is the home of some of Sydney’s finest barbers and their newest destination in the bustling suburb of Surry Hills at 381 Riley Street, is starting to get a good following from the many residents and the art industry that is popular to that area.

‘Sydney is now seeing a revival of the barbershop largely due to the return of the beards and the classic haircut. This in turn is showing an appreciation for our craft.’ Says Steve. He added, ‘It’s a trend I think will be around for quite some time, with our staff personally grooming over 1000 beards since the beginning of 2014, and it doesn’t seem to be letting up.’