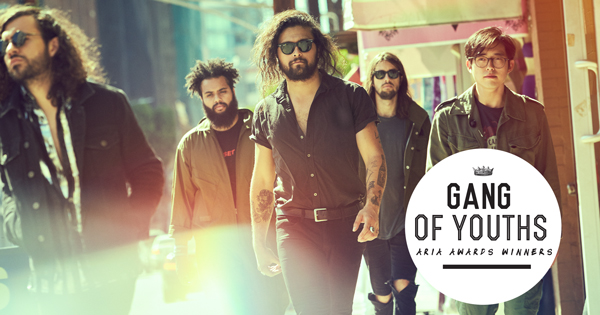 It was a big night for Gang Of Youths at this year’s ARIA Awards with Apple Music who have come away with a total of four ARIA Awards, following an already impressive 8 nominations, cementing their status as one of Australia’s leading rock bands.

The Sydney five-piece lead the night, coming home with ARIA Awards for ‘Best Group’, ‘Best Rock Album’, ‘Producer Of The Year,’ and the prestigious ‘Apple Music Album Of The Year’. The group also graced the coveted ARIA stage with a standout performance of single “What Can I Do If The Fire Goes Out? ” which blew the roof off The Star.

“We’re extraordinarily grateful and all together surprised. All we want to do is continue to make things that we care about in the hope that others will care about it too.” – Dave Le’aupepe

The trove of awards acknowledges their critically acclaimed album GO FARTHER IN LIGHTNESS, which debuted #1 on the ARIA Charts and secured triple j’s feature album. The highly anticipated sophomore album saw the band tour nationally to sold-out audiences, along with an overwhelming response from fans and media alike.

Described as a healing record, GO FARTHER IN LIGHTNESS is a symbolic nod towards the optimism and kindness the band have found by surviving their various ordeals. This new record continues the work that has already so indelibly imprinted on fans across the world and bears the scars of the band’s painful history while seeking to draw new lessons from their struggle to endure.

Today also sees the release of the new video for single “The Heart Is A Muscle” which was shot in Australia during their national SOLD OUT tour, which captures their renowned live performances; have a look at the video below. 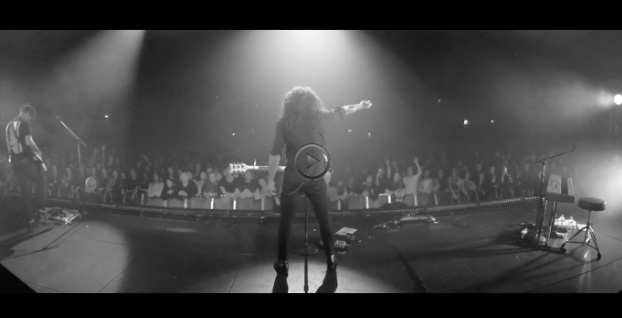 If you missed Gang Of Youths on their SOLD OUT national tour, you still have the chance to see them perform at their upcoming festival dates.

“A remarkable odyssey of an album that’ll engulf you.” – Rolling Stone

“Listen to Go Farther In Lightness in its entirety; it is phenomenal.” – The Music

“Gang of youths are finding the heartbeat of a new generation.” – STACK

“This is precisely the kind of album rock needs right now.” – Herald Sun

“A colossal and rewarding listen.” – Beat

Next post 5 things every barbering student needs to know to succeed.