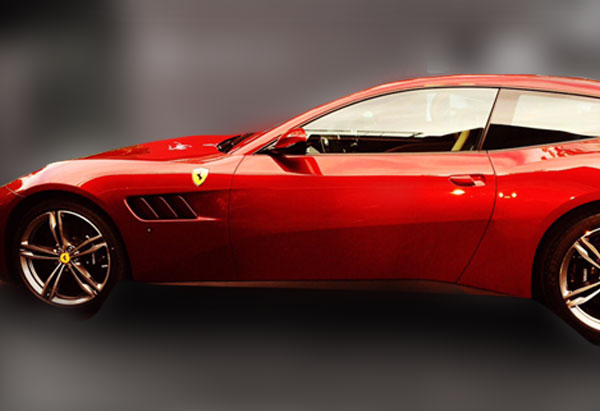 It was at an exclusive harbourside mansion in Sydney where Ferrari Australasia unveiled its latest grand tourer this week.

The GTC4LUSSO had to be lowered into the Vaucluse residence using a crane before the big reveal on Tuesday for a select group of movers and shakers, which included Cutthroat’s business manager Dave Stark.

Ferrari Australasia chief executive Herbert Appleroth said there was “nothing else like it” when it came to the car’s pairing of 4WD with sport luxury and 4-wheel-steering.

Those wanting to purchase the GTC4LUSSO will have to get in line, however: the first of 45 vehicles that have had deposits placed on them won’t be delivered until next year.