Coronavirus shutdowns don’t apply to barbershops and hair salons. But is it safe to get a haircut? 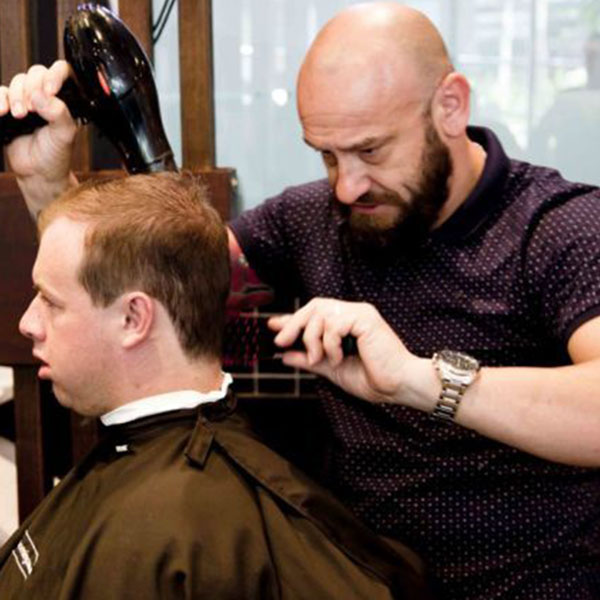 By the Specialist Reporting Team’s Brad Ryan and Brooke Wylie

When hairdressers and salon owners call for a government shutdown of their own industry, it’s a sign they’re pretty worried.

Many fear it’s unwise to continue operating as coronavirus spreads.

For now, though, the authorities are satisfied it’s safe enough to keep salons open.

What are the rules for hair salons?

Hair salons aren’t on the list of “non-essential” services ordered to shut down this week.

But they’re subject to the same rules as other indoor venues: only one person is allowed in the salon for every four square metres.

A decision to limit appointments to 30 minutes was later reversed.

“It was very apparent that it was an impractical limitation,” deputy chief medical officer Nick Coatsworth said.

How dangerous is getting a haircut?

An Australian expert on the World Heath Organisation (WHO) advisory panel for COVID-19 says there are significant transmission risks.

“Your hairdresser cuts your hair from behind closely, and from the front as well, so there is no 1.5- or 2-metre distance … and they’re in continuous exposure for over 30 minutes,” says Marylouise McLaws, who is also a professor of epidemiology and infectious diseases control at the University of New South Wales.

“If it’s not good enough for people standing in a queue waiting to pay for their groceries, we want them to be a couple of metres apart, it fails the logic test to have exposure to a client in a hairdresser’s sink for half an hour.”

The CEO of the Australian Hairdressing Council, Sandy Chong, sees other risks in salons as well.

“When you blow-dry someone’s hair, you are going to be blowing particles of skin around and so on, and they could carry the virus as well,” she says.

Is it safe for hairdressers?

All of these risks apply to hairdressers too, but they’re multiplied because hairdressers generally see many clients across their day.

And they say not all of their clients are considering the dangers.

“People are still coming [into salons] and claiming they’ve been on holiday, or that their husband is home in isolation because he’s a risk but they’re coming in to get their hair done,” Melbourne hairdresser Sarah Anderson says.

“Please close us down.”

Asked about these concerns at a press conference on Thursday, deputy chief medical officer Paul Kelly said: “No-one is being forced to go work.

“In terms of the asymptomatic carriage that may lead to people being infected, yes, that is potentially an issue.

“But overwhelmingly, and I’m absolutely certain about this, it’s people that have the infection and are infectious in those first few days of coughing and sneezing, they are the most infectious people.”

The Hairstylists Australia union is advising hairdressers they have the right to refuse service to anyone with coronavirus symptoms.

Stay up-to-date on the coronavirus outbreak

Are there ways to reduce the risks?

Deputy chief medical officer Paul Kelly says there are many things salons can do to minimise the risk of transmission: “Having hand sanitiser at the door, making sure people wash their hands before they come in, insisting that people that are sick don’t come.”

Hairstylists Australia is advising hairdressers to space out chairs, take lunch breaks outside, and wear masks and gloves.

“We understand some owners might see it [masks and gloves] as a ‘bad look’, but your health and safety should be your main priority,” the union advises hairdressers.

UNSW’s Marylouise McLaws agrees hairdressers “need to be given masks”, but says there’s a problem: “We don’t seem to have sufficient masks to give to non-healthcare workers yet.“

Your questions on coronavirus answered:

If hairdressers are so worried, why don’t they close?

Many salons are voluntarily closing.

Sole traders like Sarah Anderson is among them. “We’re non-essential, it’s dangerous,” she says.

Brisbane hairdresser Kelly Gale also made the “heartbreaking” choice to close after the 30-minute rule was introduced. She changed her mind when the government backtracked, but she’s not sure how long she’ll stay open.

“They’re giving mixed signals to everyone. It’s hard enough as it is.”

And big chains are closing too. Just Cuts, which employs 2,500 stylists in Australia, last night decided to shut its company-owned stores for at least four weeks and recommended its franchisees do the same.

Its CEO, Denis McFadden, said the decision was made after the National Cabinet “failed to act on our pleas to add hairdressing to the list of non-essential services”.

Earlier, he’d said the fact salons were allowed to operate meant it was harder for them to negotiate rent relief with landlords if they voluntarily closed.

The Hairdressing Council’s Sandy Chong says some salon owners are scared to voluntarily close because they would need to stand down or sack staff. They fear those staff could take legal action under the Fair Work Act.

So should I get a haircut or not?

Based on the Prime Minister’s advice to Australians this week, that really depends on whether you consider your haircut “absolutely necessary”.

He has spent days asking Australians to stay in their homes unless it’s absolutely necessary to go out, and asked them to use their common sense to determine when that’s the case.

Australians are also being advised to maintain a distance of 1.5 metres between themselves and others, which is impossible for hairdressers to do while seeing clients.

But the federal Health Department says that’s not such an issue.

“For the majority of the time when cutting a client’s hair, the hairdresser is behind or to the side of the client, minimising continuous face to face contact from the front which poses a higher risk,” a department spokesperson says.

“If face to face contact is avoided for the majority of the consultation then the risk is lower.”

Professor McLaws thinks we should stay out of the salon altogether.

“I understand the Government wants to keep the economy going round, but that also keeps the virus going around as well, potentially,” she says.

In any case, the window of opportunity to get a haircut could be about to close.

The Australian Hairdressing Council has written to the Chief Medical Officer with a “strong recommendation that the hairdressing and barbering industries be closed by the Federal Government for the safety of all Australians”.

And the Prime Minister has warned that more shutdowns are probably coming.

Next post Issue #18 of The Cutthroat Journal out now! 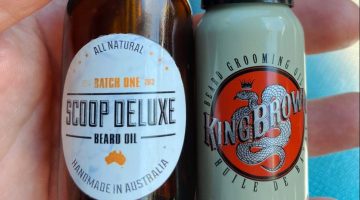