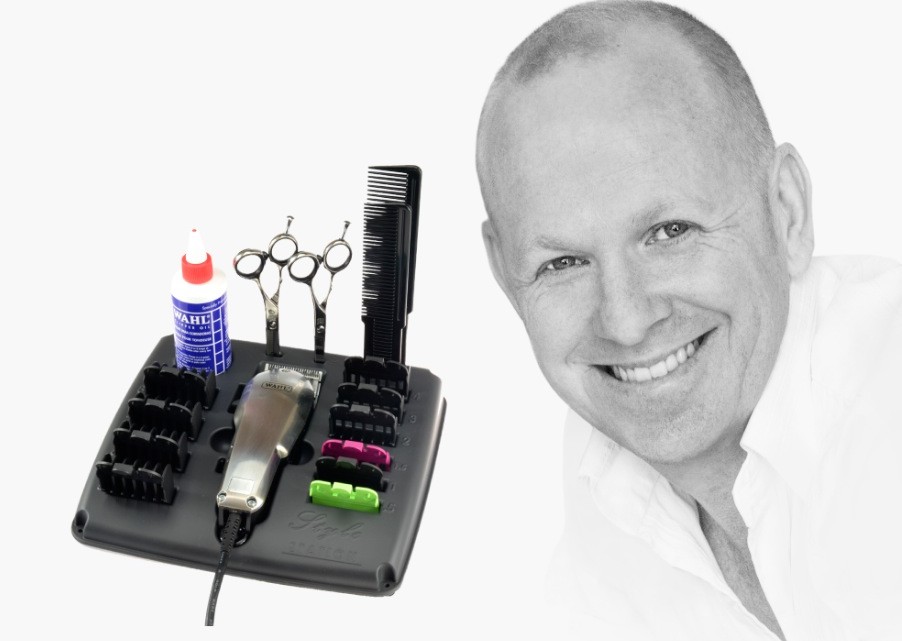 Clayton Roberts, the brains behind The Style Station, explains how he developed his product from a drawing on a piece of paper to production and sale.

I started my hairdressing career at age 15 when I moved from Central Queensland to Brisbane. By 17 years of age I started working in a barber shop and just loved it. My boss was a patient and caring Greek Cypriot that took me into not only his business, but also his family. He taught me his amazing skill set.

I was, in fact 21 when I first designed and prototyped the Style Station with the help and support of my boss. He was a wide eyed optimist that believed I had just created the next big thing (haha)!!!  Back then things were so much harder to create and manufacture.

I changed direction and chased the dream of becoming a rep for one of the big hair care companies and succeeded. After many years of doing this, I had the opportunity to go back to my roots as a barber and got back to the daily grind.

While working full time back on the floor you don’t find a lot of time to think about too much. It’s all about paying rent, wages, tax, super and all the other daily costs of keeping your doors open.

About eighteen months ago, I was watching a tv show with my father in law. It was about people that had a great idea and were trying to get it developed and take it to the high street in the UK.

I mentioned to my FIL how I had designed and prototyped a clipper holder back in my early twenties. I grabbed a piece of paper and started drawing something that would work the way I needed it to in the salon today. (You have to remember in the nineties there were only 4 attachments)

After re drawing it, I called a friend who had a bit of knowledge in this field, he’s a partner in Juice hair care and a previous owner of PPS. He called Richard Gresham of Unity agencies (Wahl Australia). We had lots of meetings and drawings of prototypes until we came up with what is now the Style Station.

We launched it to the market at Hair Expo in Sydney this year.  We received a great response from the wholesalers and the general market.

To date we have received emails of interest from the UK and Canada, and I’m very hopeful it will be seen as a beneficial product to barbers and salons alike around the world.’