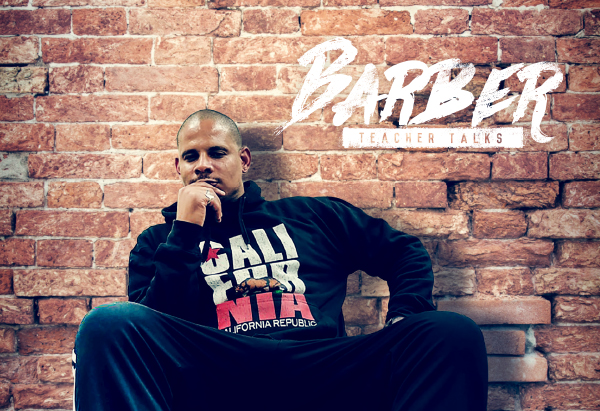 You have two barber shops with your brother in LA and one here in Hurlstone Park.  How did you get started? My brother ‘Goose’ worked for a barbershop called Superstar Hair Unlimited in Los Angeles in 1997.  I went in for an edge up of my dreadlocks and was offered a barber job on the spot.  I declined, but a year later I accepted.  They taught me barbering from scratch.  Years later, a client who was a hairdressers and was also doing well selling real estate so wanted to sell up.  He sold it to Goose on a good deal.  The problem with it was that its décor was pink and black, not the most appropriate colours for a barbershop.  We decided to take a few months to renovate but when our employers got wind of what was happening, our employment ceased – effective immediately.  A client offered to help paint it, so after a lick of paint we were open for business and we kept improving it from there.  Next we moved to larger premises with the business growing from six to nine barbers and eventually to 15.  When I visited Sydney eight years ago I just loved the place and eventually moved here three years ago.  That’s when I set up Legends – The Barbershop in Hurlstone Park.

Barbering in Australia is seeing a resurgence of epic proportions.  Is it the same in the US or has barbering always remained a busy separate sector? In the US, barbering was always around but the sector was affected by fashion trends and waves of intrigue.  Phases of long hair and braid trends were terrible for us. In Australia, men can have their hair done in hairdressing salons but this is not so much the case in LA.  Barbering is viewed with a separate set of techniques, procedures and standards.

Why did you choose Sydney to set up your next barbershop? Sydney is a progressive, open minded city and I really liked the fact that people like to try new things here.  I was going to move to Sydney anyway and really thought about getting out of barbering.  Then I realised that there was opportunity here, as eight years ago there weren’t a lot of barbershops and the trend had not yet set in.  It was the perfect place to expand our Legends brand.

What made you decide to get involved in barbering education? There are good barbers in Australia but there is great potential for so many more.  I mean in all aspects – in techniques, tools and sanitation.  The reason I wanted to become a teacher at TAFE was because I wanted to express gratitude and share the techniques I’ve learned so far.  Also, being a part of a new program focusing specifically on barbering is something I was attracted to doing.  Helping people build dedicated barbering skills is a great and rewarding opportunity.

Why do you think the new barbering apprenticeship offered at Sydney TAFE is important? How will it help the barbering industry? It’s important because there are people out there who want to cut hair who don’t want to do a hairdressing course to be qualified.

I’ve met young people who try to learn at home from YouTube. This doesn’t work.  There are so many skills and so much knowledge that online demonstration can’t teach.  I met a young guy once who told me that there was a growing ringworm infestation in his community.  I had to talk to him about his methods and sanitation because it was his practice that was spreading the condition.

What is your favourite thing about training new barbers? Watching them become good.  I want to watch them learn so that they can cut better than me.   If I do that, then I’m doing my job.  What I mean by good cutting is fantastic blends, great line up – neat and clean and a good natural appearance, that is no stubble.  It feels really good to the client and the barber.

What are the top two things that you would advise new barbering apprentices at Sydney TAFE to guide their new careers?
1.  Listen – pay attention to what you are learning,  Some people assume that they know more than they actually do.

2. Never stop watching and learning.  I still learn from apprentices.  They might develop a technique that they have learnt on YouTube and I watch.

What are the key elements of being a successful barber? As well as constantly learning, I think successful barbers need to be ready to work hard.  They need to want a barbering career bad enough that they are prepared to put in the hard yards.  Some people might want to do barbering because it’s fun.  It’s not. It’s long hours, six days per week.  Forget about Saturdays, that’s a normal work day.

What’s the best thing a client has ever done for you? Clients have done so much for me.  Two things stand out.  In LA, clients have jumped to my defence, without a second thought, when a client pulled a gun on me. Putting their life on the line for me, their barber, is not something you ever forget.  On a nicer note, I had a successful client who aimed to make a million dollars that year.  He promised to give each barber $1,000 if he made his million.  He did and walked into the barbershop presenting each of us with $1,000 each.

If you could set up a barbershop in any spot in the world – other than Sydney, where would it be? It’s really exciting to open a barbershop in place where there are not many.  So I would say Tokyo or Saudi Arabia.