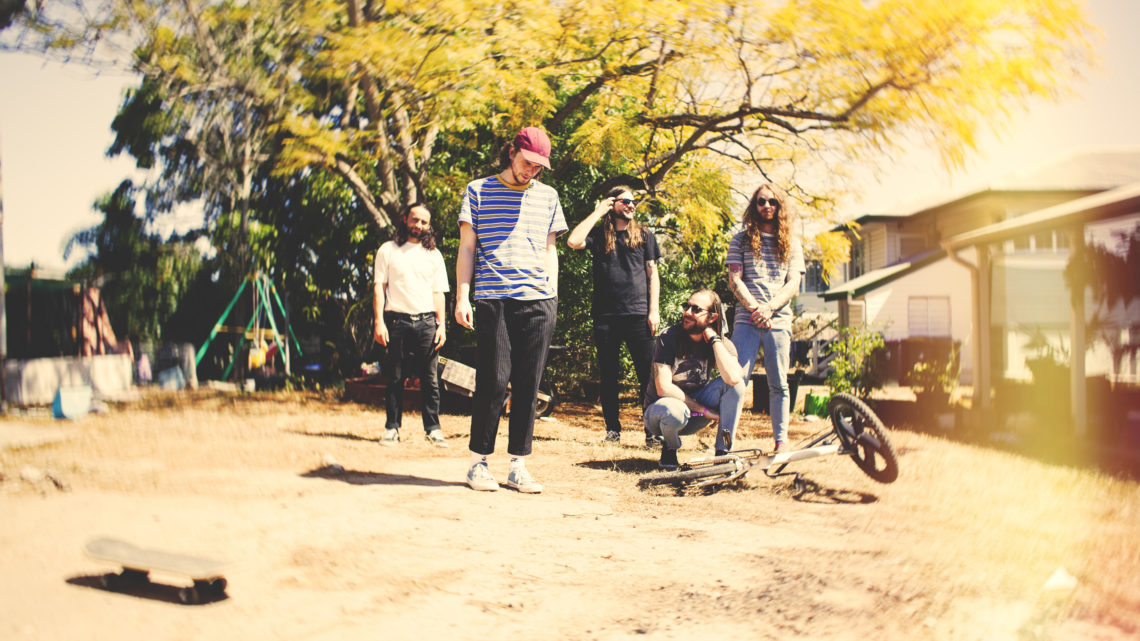 After spinning heads with their 2018 debut EP Restless Noise, Melbourne outfit LOSER are due to release their full-length record Mindless Joy in early 2020. A compelling and clever 12 track offering, the release meets a hotbed of anticipation after the success the band found on their debut.

It was 2017 when a casual jam session between friends – Tim Maxwell, then playing in local riff-rockers Grim Rhythm, The Bennies bassist Craig Selak, and former drummer of The Smith Street Band Chris Cowburn –  quickly turned into the first recordings under the LOSER banner. Flying off potent and immediate chemistry, the trio recorded the songs for Restless Noise after only four sessions together, and were subsequently snatched up and signed to Domestic La La – the record label founded by Violent Soho guitarist James Tidswell.

Released in October 2018, Restless Noise went on to garner immediate triple j and press support and saw the band invited to the likes of Falls Festival, The Hills Are Alive, Til The Wheels Fall Off, BIGSOUND and more. Having laid the foundation of anticipation for their next output, they soon buckled down to write, and invited more friends along for the ride.

Maxwell recruited his brother, Will, as an additional guitarist in the band, as well as Grim Rhythm drummer Jake “Cutter” Farrugia, who would swap his sticks for strings. The now five-piece hit the rehearsal room relentlessly, and by late-2018, the songs that would comprise their recently announced album Mindless Joy had been written. While Restless Noise had a rough-around-the-edges straight-ahead charm, LOSER’s new material demonstrates a profound sense of depth and ambition.

Across 12 tracks, Mindless Joy is a propulsive slab of snarling guitars and anthemic melodies that finds singer-guitarist Tim Maxwell tackling his issues with anxiety and depression up against the theme of modern technology and its invasive role in our lives. Such concerns about technology inform the album’s title, while the title track ‘Mindless Joy’ arguably sums up the whole record in one swoop, saying: “You can’t ignore the fate that lies within your hands/We’re working on our minds to change our future plans”.

But despite such suffocatingly heavy themes, Mindless Joy remains an uplifting, celebratory listen. From the swirling, Beatles-esque melodies of ‘Erase Me’ to the snarling, mosh pit-destroying grunge anthem that is ‘Meditate (Come To Terms)’ and the Foo Fighters-indebted stadium rock of ‘Golden Things’ – a song Maxwell wrote about his desire to maintain complete creative freedom, even if it means never reaping commercial success – LOSER have crafted a compelling and infectious record.

Steeped in a powerful, unapologetic rock’n’roll ethos and propelled by a wall of guitars and unforgettable vocal hooks, Mindless Joy promises to be an essential modern rock listen.

Next post Client Retention in a Digital World: Keeping Up with Technology