Every Night The Same Dream 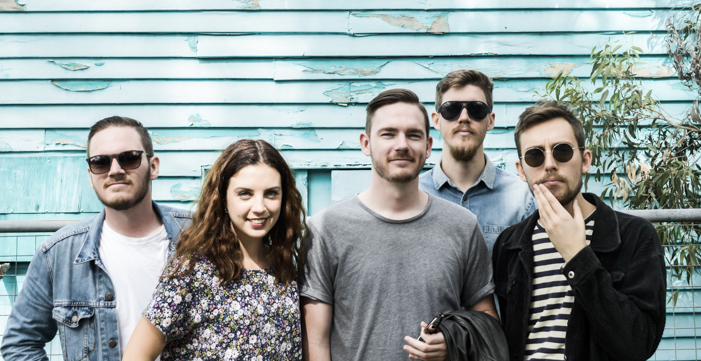 Every Night The Same Dream

Written by Lindsay ‘The Doctor’ McDougall

I remember when I first heard “iFly”. Kingsmill gave it 5 stars. I thought it was okay. I think I saw it written before I heard the music, so it took me a while to work out it meant “I Fucken Love You” and not some weird Offspring/Apple reference. But I guess after the 14th week of it stuck in my head I had to concede it was pretty good.

Happiness And Surrounding Suburbs was a debut album that sounded like seasoned songwriters had found a new spark – like Custard sorted out their difference or Teenage Fanclub moved to Indooroopilly.

And then came the next record. AND the next, spitting out music at a regularity that annoyed my 90s attention span. Museum upped the atmosphere and the ante with “Surrender” dipping their popsmarm

in earnest psychedelia, once again like a band older than probably their combined years.

And of course by Puddinghead, Cromack was a fully-blown producer. He built them a fully-formed psychedelic rabbit hole which they jumped down and mucked about in, while still keeping a tongue in the cheek next to the bitten hand that fed them (certainly with better metaphors than that). It’s not just the nerd-level musicianship that BPM have. Sam’s laconic but spot-on vocals, Jennifer’s bass and next-level harmonies (I still sing her bits at gigs), Paul’s Don Walker-like piano lines and the occasional trombone breakout, and Dean and Dan’s psychic-sibling-shredding. I mean this is a band who can pull off “Bohemian Rhapsody”, fucken “Bohemian fucken Rhapsody”, like it’s nothing. But it’s not just that, it’s the quality of the gear. It’s good gear.

So for this album, their seventh in 3 years or whatever it is (fourth, in five years apparently), you’d expect them to tread at least one of their previous paths. They all worked, so why not? But that’s not the Ball Park Music way. Instead, they went to a studio in regional Victoria, plugged all their gear in, and tracked the music LIVE. Onto ANALOGUE TAPE (look it up kids). No Pro-Tooled layers, no “fixing it in post”. All the instruments: drums, bass, keys and guitars, onto a four-track tape machine. Like the good old days, apparently, when if even one of you got something wrong you had to go back and start the song again. Sounds heaps fun. But for these genius psychopath savants, it probably was. Though I would have loved to see how smiley they were after the fortieth take of one of the songs that I read about.

Up until now, I’d heard the same three songs you’ve heard from their new album Every Night The Same Dream. BUT, because of my position of not-insignificant privilege, I got to hear the whole thing. From the nuts riff-out of first track “Feelings” onto detuned garage dream pop like “Ever Since I Turned The Lights On”, and almost Elliot Smith-like “Peppy” (I know Sam reckons he was channeling The Beatles, but I guess Elliot was too).

There’s hip hop drums, close mic-ed vocals and far away lyrics, shimmering guitars and organs, some really sweet guitar riffs and, like all the songs you’ve already heard, crazy whirling sounds, ridiculous overblown psych-outs and Bowie-esque spacescapes. This is a band who are not only great writers and players, but a band who have that trust between members to play the right stuff at the right time.

Sure, I’m in no way objective. I’ve DJed with them, played dodgy solos on stage with them, I even snuck Jen clutching a bunch of gluten-free food past a thousand screaming fans once. Come to think of it, that’s obviously why they asked me to write this. I’m completely biased and can’t be trusted. Oh well, buy the fucken thing yourself and have a listen. Don’t take my word for it, but for what it’s worth, IT’S GOOD GEAR!

Previous post What receipts should you keep as a small business owner?