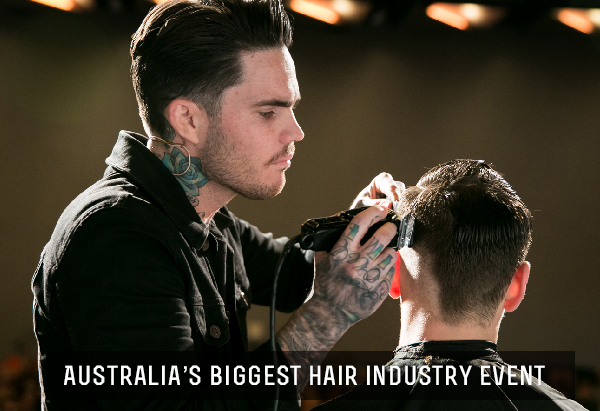 Monday 10 April 2017, Sydney: In an ode to the increasing popularity of barbering, Hair Expo Australia has announced a line-up of global barbering talent for its 2017 event, which will take place over the Queen’s Birthday long weekend (10-12 June) at the new International Convention Centre (ICC) Sydney in Darling Harbour. Joining the 2017 education bill are the Schorem Barbers from Rotterdam; Josh Lamonaca and Charlie Gray from the MENSPIRE team in the UK; and Julius Cvesar from Los Angeles. Some of the brands that barbers can expect to see at Hair Expo 2017 include Wahl, Mizutani, Reuzel, Excellent Edges, Andis, Layrite, Baxter of California, Burly Fellow, Truefitt & Hill, Mühle, Feather Razors & Blades, Dushi Australia, and Comfortel Furniture.

Schorem Barbers – from the Netherlands

Exemplifying the demand for classic barbering styles, the Schorem Barbers will come Down Under for a creative seminar at Hair Expo presented by Reuzel and Haircare Australia. The subjects of social media fanfare, the barbers are known to have queues lasting up to five hours outside their small Rotterdam barbershop, as men from around the world wait for a turn in one of their coveted barber chairs. At Hair Expo, they’ll be engaging the crowds in their endless jibber jabber about classic barbering, subcultures, and Reuzel, their men’s grooming line.

Direct from the UK, team MENSPIRE will take to the Hair Expo stages to present The Elevation Barber Seminar, followed by a hands-on workshop for just 20 people. In their Look ‘n’ Learn seminar, team members Charlie Gray and Josh Lamonaca will showcase an on-trend short haircut, where attendees will be able to see their fading techniques; as well as a long length haircut with technical scissor work and sectioning patterns. Those wanting to get hands-on can also attend their afternoon workshop, where there will be an opportunity to practice the styles presented in the seminar. All workshop attendees will be given access to the Look ‘n’ Learn session as part of their workshop ticket – don’t miss this opportunity to train with these internationally renowned barbers.

Californian barber Julius Cvesar will also be on the Look ‘n’ Learn stage at Hair Expo to teach attendees all about the differences between barbering tools and their application to achieving the style your client wants. Julius travels the world educating his peers as a member of the Layrite Band of Barbers, and this special session at Hair Expo marks his first Australian appearance, proudly sponsored by Layrite and Barber Brands International.

To add to the excitement, Hair Expo has teamed up with the Cutthroat Journal to host the final round of the 2017 Barber Wars competition, where the winners of the Auckland, Melbourne and Sydney heats will compete live on the Expo stage to be crowned the overall winner. Hair Expo and the Hair and Beauty Industry Association (HBIA) will also host the final of the Australia’s Live Hair Challenge competition, where the winners of the Melbourne and Sydney heats will battle it out for the national title. Sydney hair professionals still have time to enter the Sydney heats, to be held at the Schwarzkopf Professional Hair Expo Awards finalists’ announcement, 1 May at the ICC Sydney.